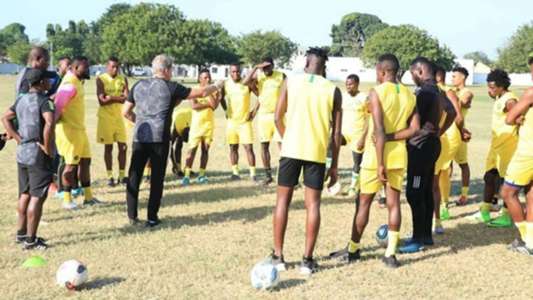 Young Africans (Yanga SC) coach Luc Eymael has called on his players to make the day special by beating Kagera Sugar in the quarter-finals of the FA Cup on Tuesday.

The two sides will face off at the National Stadium in Dar es Salaam as they seek a ticket in the last four but coach Eymael’s focus is to earn revenge against a side that beat him in his first match in charge of Yanga.

Eymael arrived in Yanga from Black Leopards of South Africa to sign a short-term deal but received a rude awakening after losing his first match 3-0 to Kagera in the Mainland Premier League.

“Kagera is a strong team, they beat me 3-0 even before I had settled with Yanga, I had just arrived and my first match in charge was against them and they beat me, I want my players to make my day by revenging today [Tuesday],” Eymael told Goal on Tuesday.

“They are a very physical side and during my first encounter with them, they really troubled my side, and I have been watching the side since then, they beat me just two days after arriving in Dar es Salaam and it was a bit painful for me, I know my players will return the favour and beat them.”

Eymael further revealed their focus now is to make sure they win the domestic Cup to earn a ticket to Caf Confederation Cup next season.

“We are not talking about the league anymore now that Simba SC have been crowned, we want to make sure we do well in the domestic Cup, we have a realistic chance of getting a ticket to the Confederation Cup and my boys are aware of that,” Eymael continued.

Eymael also confirmed that Ghanaian striker Bernard Morrison, who has missed a couple of league matches since it resumed on June 13, will make the 18-man squad for the fixture but could not reveal whether he will start.

“I have named him in the 18-man squad for the clash but I don’t know whether he will play any part or not,” Eymael added. “I don’t want to commit myself now that he will play, but the good news is that he has made it to the squad for the match.”

In another FA Cup match, newly crowned league champions Simba will take on Azam FC at the same venue on Wednesday.