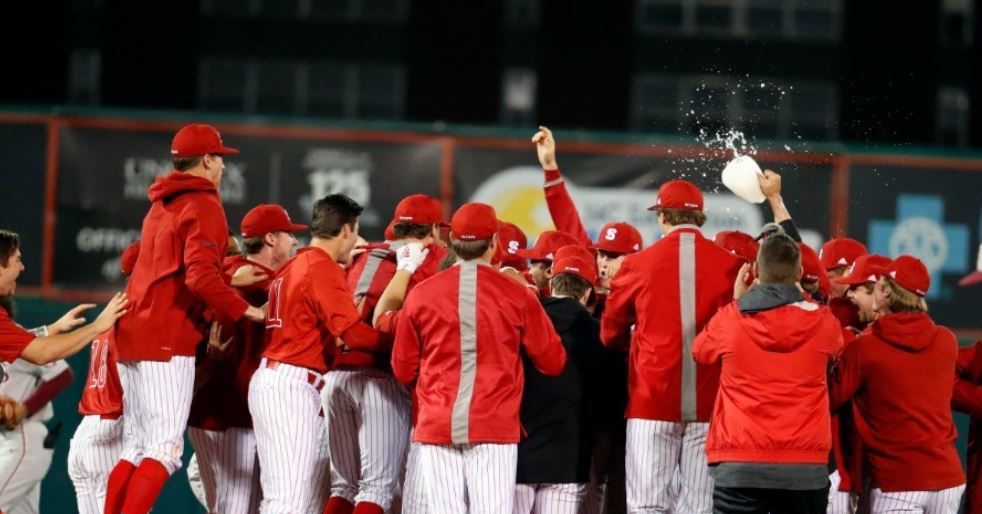 The luck of the Irish wasn’t with the NC State baseball team on Sunday afternoon, as the 19-game win streak that the team had enjoyed to start the season came to an end. Despite the loss, the Wolfpack won the series against a highly-ranked and uber-talented Florida State team and moved up the national rankings in the process, earning some long-overdue respect in the process.

Thanks to a run of ineffective pitching, NC State found themselves in a 7-1 hole heading into the bottom of the 6th inning on St. Patty’s Day. The Wolfpack plated three runs in the frame to cut the deficit to three, added another run in the 8th to make it a 7-5 ball game, and then got the lead-off man aboard in the bottom of the 9th. The comeback wasn’t to be this time, though, and NC State fell by that 7-5 final score.

The loss didn’t dent the impact that the Wolfpack placed on the national media over the weekend. With the series win against the Seminoles, the Wolfpack rocketed up the national polls, moving up to 6th in the D1 Baseball (previously ranked 20th) and Baseball America (21st) polls, and up to 8th in the latest poll from Perfect Game (17th). Looking at the Composite Rankings, NC State moves up to 4th in the nation.

It’s a shame that it took the national outlets a full month to notice the work that the Wolfpack has been doing, but it’s nice to get the recognition.

NC State is back in action Tuesday with a home contest at 6:00pm against Towson.