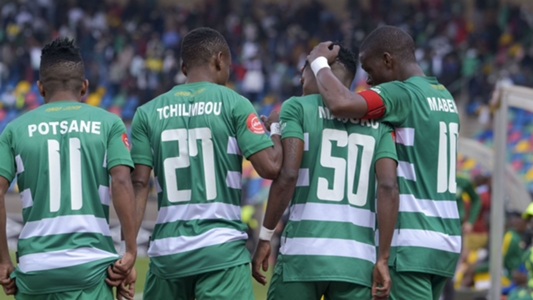 Media reports that Bloemfontein Celtic could be sold and relocated away from the Free State State have brought sadness to former striker Patrick Malokase, who said the club is the life of the City of Roses.

The retired hitman expressed his thoughts on how Phunya Sele Sele has a massive impact in the Premier Soccer League (PSL), saying their passionate supporters have a major influence in the game.

Speculation is rife that TS Galaxy boss Tim Sukazi is close to securing the club’s ownership and will relocate the team to his home province, Mpumalanga, a move the 38-year-old believes could hurt the people of the Free State.

“It’s really bad you know because this is the club we grew up watching, supporting, and went on to play for. This club is part of our lives in Bloemfontein and Free State,” Malokase told Goal.

“With the rumours that it’s on sale and it may be bought by somebody not coming from this province is not good news, honestly. But the chairman [Max Tshabalala] of Bloemfontein Celtic has a reason why he is selling the club.

“However, it’s really sad for all of us in Bloemfontein and our belief is that it can be bought by someone from this town or province. That would be, at least, something to celebrate.”

Malokase also believes such a move could have an impact on other PSL clubs including Orlando Pirates, Mamelodi Sundowns and Kaizer Chiefs, who usually look to face Siwelele supporters in the City of Roses as the clubs have a special rivalry between them.

“Celtic has a massive impact in the PSL, the lives of the people working there, the supporters and so many sectors in the province in general,” he added.

“Celtic supporters have set many trends in terms of supporting your own club and it’s been beautiful to watch. They go to the stadium not to just watch but with a passion to sing, dance, and sometimes they don’t even watch the game.

“I honestly think the PSL at large, would like to see the club staying in Bloemfontein and ensure the supporters have something to look forward to when it’s a weekend.

“Every PSL team, the likes of Pirates, Chiefs, and Sundowns definitely look to have a great atmosphere in Bloemfontein. The stadium is packed and the atmosphere is electrified.

“That’s something good for the sponsors, the tourism, and for the television broadcasters.”

On reports that the Green and White supporters are against the move to relocate the club to a different province, the PSL winner with Pirates shared his views on whether the voice of the supporters might influence the owners.

“In South Africa, teams are mostly owned by individuals with deep pockets. So, it’s difficult for such a person to allow the supporters into his business because there’s a lot of money involved here.

“It’s quite a dicey situation to talk about but we hope things will go in favour of the fans and the province. We hope for the best decision for everyone.”