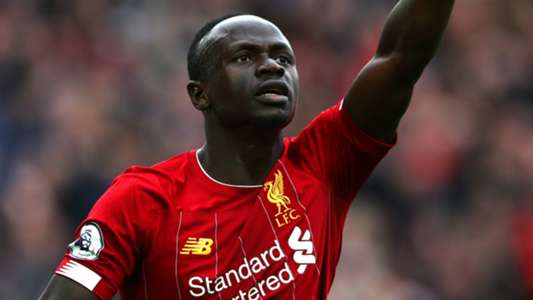 Sadio Mane has outlined his ambition to achieve even “bigger things” at Liverpool following their title triumph, while insisting there is still “another step” for Jurgen Klopp’s side to take towards greatness.

Liverpool’s first league crown in 30 years was sewn up after Manchester City‘s 2-1 defeat away at Chelsea last Thursday, as they now hold an unassailable 23-point lead at the top of the table with only seven games left to play.

Klopp’s men have set new standards of excellence in terms of consistency this season, winning all but three of their 31 fixtures to date to avenge their narrow loss to City in the 2018-19 title race.

The Reds are being tipped to dominate English football for the foreseeable future after adding an elusive piece of silverware to their collection, but Mane has warned that the whole squad will have to stay “hungry” in order to keep winning major trophies.

The Senegalese winger told the club’s official website: “I think this is another step for all of us in our career for what we want to achieve, because as football players you have to be always professional and always hungry in a good way to win everything.

“I think we have a great team, great staff and the club is amazing, so we have another step and big things to achieve so we won’t stop here.

“We just have to believe in ourselves still and keep working harder and be humble for sure – work hard and try to achieve bigger and bigger things with this club.”

Mane has enjoyed another stellar individual campaign at Anfield, having already contributed 19 goals and 12 assists to Liverpool’s cause in 40 appearances.

The 28-year-old went on to thank Klopp for bringing the best out of him, highlighting the German’s abilities as a man-manager and mentor.

“He is a great manager and everybody is happy with him,” said Mane. “I am lucky to be working with him for sure, because as a player and a human being I have developed under him which is really important for every player.

“We can see how the players develop in this team, so I think all the things come from him. So I will say again, thanks to him.”

Liverpool are currently on course to break City’s all-time record points haul, but will have to prove their mettle once again when they come up against Pep Guardiola’s men at the Etihad Stadium on Thursday.

Asked whether a win over the recently dethroned champions will top off a superb season, Mane responded: “For sure. Like I always said, we don’t have to stop and we won’t stop for sure after being champion.

“I think it’s another step of our careers and what we want to achieve so I can say for myself, it’s part of us and it’s the past now so we have to make sure we [carry on].

“Records in football are always there to beat so for sure we want to achieve again something special after being champion. It’s going to be a really, really good game [and] for us there are no excuses, we have to do everything possible to win it because now we have seven games.

“We are going to take it game by game and try to win all of them because it’s our dream and really important for us.”