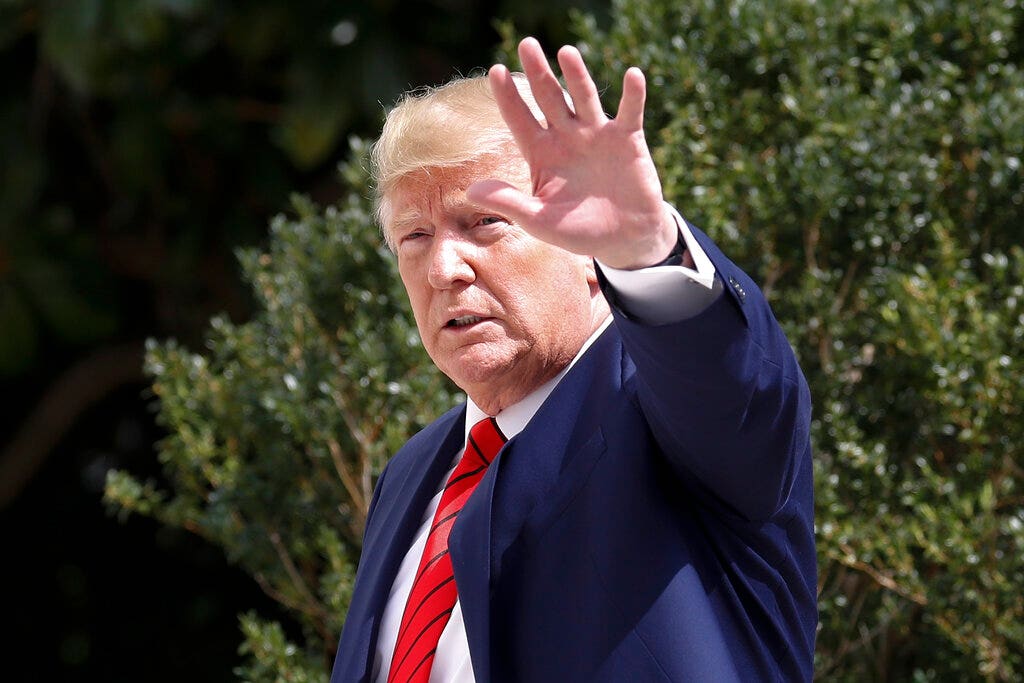 President Trump mocked Golden State Warriors coach and frequent critic Steve Kerr for how he responded to a question about a controversy between China and the NBA, calling Kerr a “little boy.”

“He was like a little boy, he was so scared…. He was shaking,” Trump said of Kerr when he was asked for his thoughts on whether the Chinese were wrong to be putting pressure on the NBA after Houston Rockets manager Daryl Morey tweeted out a since-deleted photo in support of anti-government protesters in Hong Kong. Protesters have for months demonstrated against China allegedly infringing on their Western-style democratic rights.

“He didn’t know how to answer the question,” Trump said, referring to when Kerr was asked if he had any thoughts on the NBA-China controversy. Kerr said he didn’t.

“I watched Popovich, sort of the same thing, but he didn’t look quite as scared, actually. But they talk badly about the United States — but when (they) talk about China, they don’t want to say anything bad,” Trump continued. He accused the two coaches of “pandering” to China, though on Oct. 1 Trump himself tweeted a congratulations to the People’s Republic of China for 70 years of communist rule. Trump has remained largely silent on Hong Kong demonstrations.

The NBA has had a growing relationship with China, but voicing support for pro-democracy protesters in Hong Kong threatens to damage that relationship. After Morey’s tweet, the Chinese Basketball Association said it would suspend all cooperation with the Houston Rockets, and the sports channel of China’s top state broadcaster announced it would suspend airing Houston Rockets events on television.

“It’s a really bizarre international story. A lot of us don’t know what to make of it. It’s something I’m reading about like everybody is, but I’m not gonna comment further,” Kerr said of the controversy.

Popovich praised league commissioner Adam Silver’s measured response to the controversy, in which he pledged not to restrict free speech, and pivoted to listing grievances against Trump without naming him directly.

Silver has “been a heck of a leader in that respect and very courageous. Then you compare it to what we’ve had to live through the past three years, it’s a big difference,” Popovich said. “A big gap there, leadership-wise and courage-wise. It wasn’t easy for him to say. He said that in an environment fraught with possible economic peril. But he sided with the principles that we all hold dearly, or most of us did until the last three years. I’m thrilled with what he said. The courage and leadership displayed is off the charts by comparison.”

After Morey’s “Stand with Hong Kong” tweet, NBA owners incited outrage for appearing to side with deep-pocketed Beijing powerbrokers over one of their own employees.

Rockets owner Tillman Fertitta tweeted to say Morey “does NOT speak for” the team.

Morey also backtracked on his initial support. “I did not intend my tweet to cause any offense to Rockets fans and friends of mine in China,” he wrote. “I was merely voicing one thought, based on one interpretation, of one complicated event. I have had a lot of opportunity since that tweet to hear and consider other perspectives.”

Silver issued a statement Tuesday saying the league “will not put itself in a position of regulating what players, employees and team owners say or will not say on these issues.”

“It is inevitable that people around the world – including from America and China – will have different viewpoints over different issues,” Silver said in the statement. “It is not the role of the NBA to adjudicate those differences,” Silver continued.