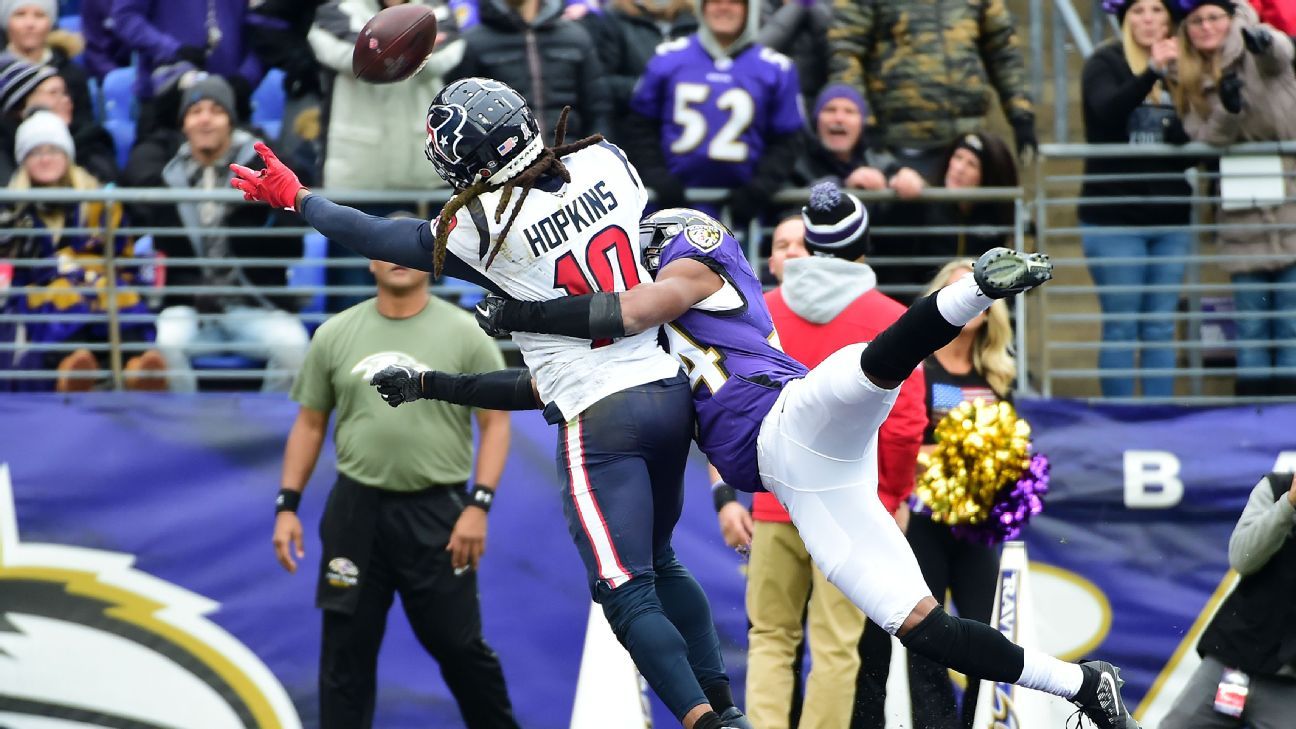 BALTIMORE — After what appeared to be a clear instance of pass interference wasn’t called even after a replay review, Houston Texans wide receiver DeAndre Hopkins called for action by the NFL.

In the first quarter of the Texans’ 41-7 loss to the Baltimore Ravens on Sunday, cornerback Marlon Humphrey appeared to grab Hopkins while trying to make a play in the end zone.

Texans coach Bill O’Brien challenged the play, but the no-call was upheld and Houston turned the ball over on downs.

After the game, Hopkins tweeted, “As a leader in the NFL, we need someone new in New York deciding calls.”

As a leader in the NFL, we need someone new in New York deciding calls. https://t.co/szdHjWhKbR

In the offseason, the NFL changed its rules to allow coaches to challenge pass interference penalties that were or were not called. Through the 1 p.m. ET games on Sunday, coach’s challenges for pass interference are 6-for-58 (10.3%) this year, including 2-for-37 (5.4%) since Week 4. The Jets did successfully overturn a call Sunday.

When O’Brien was asked about the non-call, he said, “I have no idea what pass interference is anymore. No idea.”

Quarterback Deshaun Watson said the play could have been a turning point in the game, but acknowledged that once the call was made and upheld, the Texans needed to find a way to move on from it.

“Everyone saw it,” Watson said. The guy wrapped him around. But they didn’t make that call. You’ve got to live with it. You can’t really dwell on it. It definitely could have been a changing point of the game. A momentum switch. But it’s just one of those calls that, it didn’t go our way, and we’ve got to continue to push forward.”

In Week 6 against the Chiefs, O’Brien challenged a non-call of pass interference against tight end Travis Kelce; that non-call was also upheld.