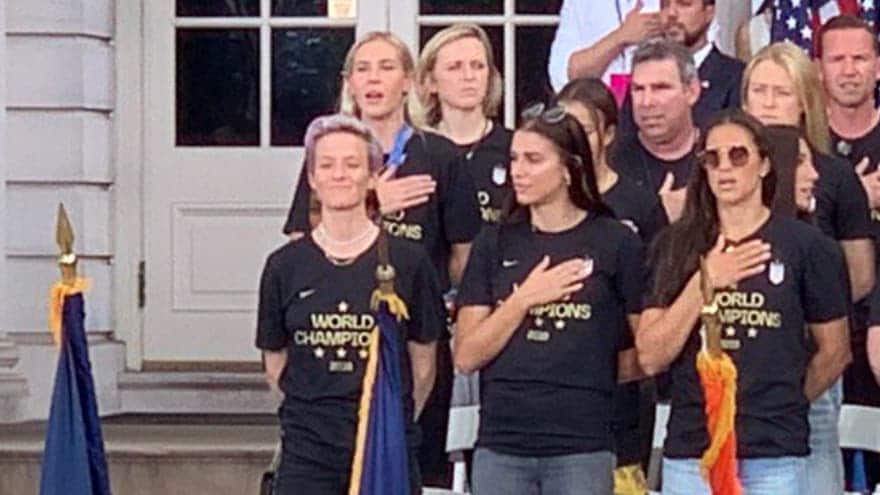 US Women’s Soccer Star Megan Rapinoe publicly protested the US national anthem during Wednesday’s victory parade in New York City; refusing to salute the flag as a member of the NYPD sang the ‘Star-Spangled Banner.’

The controversial athlete unloaded on President Trump during an interview with CNN’s Anderson Cooper Tuesday night; saying the Commander-in-Chief was excluding minorities and other groups with his ‘Make America Great Again’ slogan.

“Protest is not comfortable, ever,” Rapinoe told Cooper. “It’s going to make people uncomfortable, it’s going to cause people to look inwards and question everything they thought that they knew.”

Watch Rapinoe during the US national anthem above.