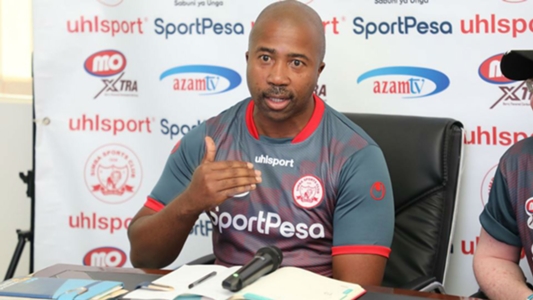 Simba SC have confirmed they will resume training on Wednesday as they prepare for the resumption of the Mainland Premier League.

The top-flight is set to make a comeback after it was halted in mid-March owing to the coronavirus pandemic and already the Tanzania Football Federation (TFF) has allowed teams to start training in groups ahead of kick-off from June 1.

Simba CEO Senzo Mbatha has confirmed the team will resume training on Wednesday as they seek to win a third league title this season.

“We will resume training on Wednesday after celebrating Eid al-Fitr and we are set to follow all the rules as required by the government during our training sessions, Mbatha told Goal.

Simba have four key players – Meddie Kagere (Rwanda), Clatous Chama (Zambia), Francis Kahata (Kenya), and Sharaf Shiboub (Sudan) – not in Tanzania but Mbatha has promised to have all of them available for the first training session.

“We have talked to all our foreign players and I can confirm they will be returning soon and will be available when we hold training for the first time. Most of them will link up with the squad on Monday,” he added.

On Saturday, the government through the Minister for Information, Culture, Arts, and Sports Harrison Mwakyembe confirmed a maximum of 12 fans will be allowed into the stadium to support their teams.

Mwakyembe further stated each team will need to have all players, including the substitutes and technical bench members, sent for thorough testing before getting onto the field of play.

He also asked clubs to resume training immediately but keep social distance, and also warned the players against spitting on the pitch as well as handshaking.

According to the TFF only two regions – Mwanza and Dar es Salaam – will host the remaining league matches.

Before the break, most teams had played 28 matches out of 38, and defending champions Simba are on top of the table with 71 points after winning 23 matches, drawing two and losing three.

Azam FC, who had played the same number of matches, are second with 54 points after winning 16 games, drawing six and having lost as many.

Lewandowski is the best No.9 in the world and Kimmich will be a legend, claims Bayern team-mate Javi Martinez