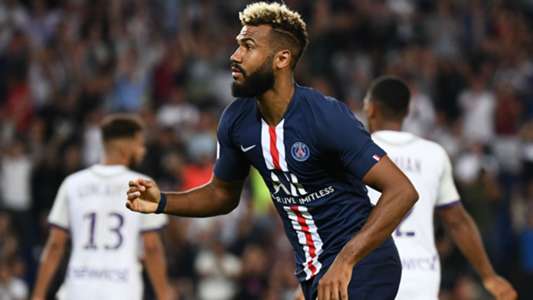 Ligue 1 champions Paris Saint-Germain have extended the contract of Eric Choupo-Moting until the end of the 2019-20 season.

The forward’s two-year deal was set to expire at the end of June but the outbreak of coronavirus means the season will be extended.

Football activities have been suspended in France and across the world since mid-March following the pandemic, including the French top-flight.

The French top division, was, however, concluded on a points-per-game basis in April and the Parisians were declared champions.

PSG will compete for two more domestic titles, Coupe de France and Coupe de la Ligue which have been scheduled for July 24 and 31 respectively.

The Parisians will also be contending for the Champions League trophy, a competition which has been put on hold since the outbreak of coronavirus but has now been given the green light to restart in August.

According to L’Équipe, Choupo-Moting, Thiago Silva and Sergio Rico have been handed contract extensions to enable them to play in the three competitions.

The Cameroon international made a stunning switch to the Parc des Princes outfit in the summer of 2018 following the relegation of Stoke City from the Premier League, having featured for the side in the 2017-18 season.

The forward made an impressive start to his PSG career, scoring in his first game in Ligue 1 after making his debut against Liverpool in a Champions League game.

The 31-year-old has, however, largely endured mixed fortunes since teaming up with the Parisians and in April 2019 he made a mistake that was tagged “one of the worst misses in the history of football”.

In a match against Strasbourg, the forward unintentionally diverted a goal-bound effort from his teammate Christopher Nkunku in an attempt to touch the ball as it was about to cross the line.

Choupo-Moting has made 48 appearances for the Parisians across all competitions, scoring eight goals during his two-year stay with the side so far.

The forward will hope to help PSG clinch more titles before the end of this campaign and probably add more goals to his tally.

The striker has spent most of his career in Germany, playing for Hamburger, Mainz and Schalke 04.