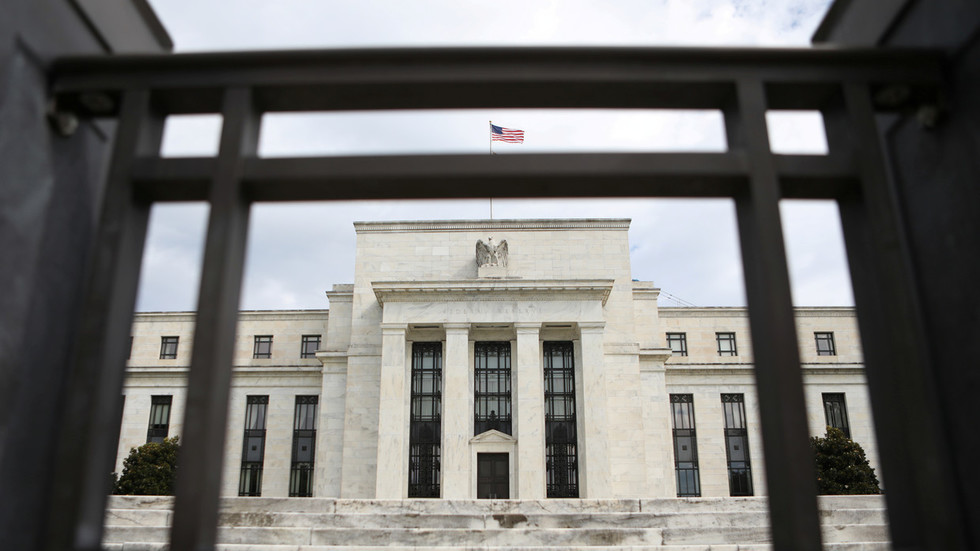 The US Federal Reserve has cut interest rates for the second time since 2008, to a range of 1.75 to 2 percent. The move was met with disdain from US President Donald Trump, who was hoping for a larger cut.

The Federal Reserve announced the measure on Wednesday, decreasing its benchmark interest rate by 25 basis points.

At a news conference following the announcement, Fed Chair Jerome Powell described the rate as designed “to provide insurance against ongoing risks,” including weak global growth and trade tensions. He also pointed to weak exports and trade uncertainty as factors behind the decision.

Also on rt.com
US Fed ‘boneheads’ should cut interest rates to zero or less – Trump


“Business investment and exports have weakened amid falling manufacturing output. The main reasons appear to be slower growth abroad and trade policy developments,” Powell told the press, adding that trade policy tensions and the ongoing US-China tariff war comprise “an elevated uncertainty [which] is weighing on US investment and exports.” He noted, however, that the Fed plays no role in trade policy, which is conducted by Congress and the Trump administration, and therefore cannot influence the course it is taking.

The Fed’s move drew the ire of the president, who has campaigned for the rate to be cut to zero or lower, blasting Wednesday’s cut as a “failure.”

Jay Powell and the Federal Reserve Fail Again. No “guts,” no sense, no vision! A terrible communicator!

“Jay Powell and the Federal Reserve Fail Again. No ‘guts,’ no sense, no vision! A terrible communicator!” Trump tweeted.

Powell defended the step, stating that larger rate cuts could take place in the future, depending on the economic outlook.

“If the economy does turn down, then a more extensive sequence of rate cuts could be appropriate. What we think we are facing here is a situation which… should be addressed, with moderate adjustments to the federal funds rate,” he stated, noting that the Fed is “not on a pre-set course” and will be “highly data-dependent making decisions meeting by meeting.”


Trump later elaborated on his Twitter remarks, telling reporters on a trip to California that the Fed’s decision to cut rates is “fine” but should have come sooner.

“I think it’s fine. I think that frankly they should have acted faster,” Trump said. Following Trump’s demands, the Fed cut rates for the first time in more than a decade this summer. However, Trump has since repeatedly lambasted both Powell and the Fed for refusing to implement a more “aggressive” rate-cutting policy.