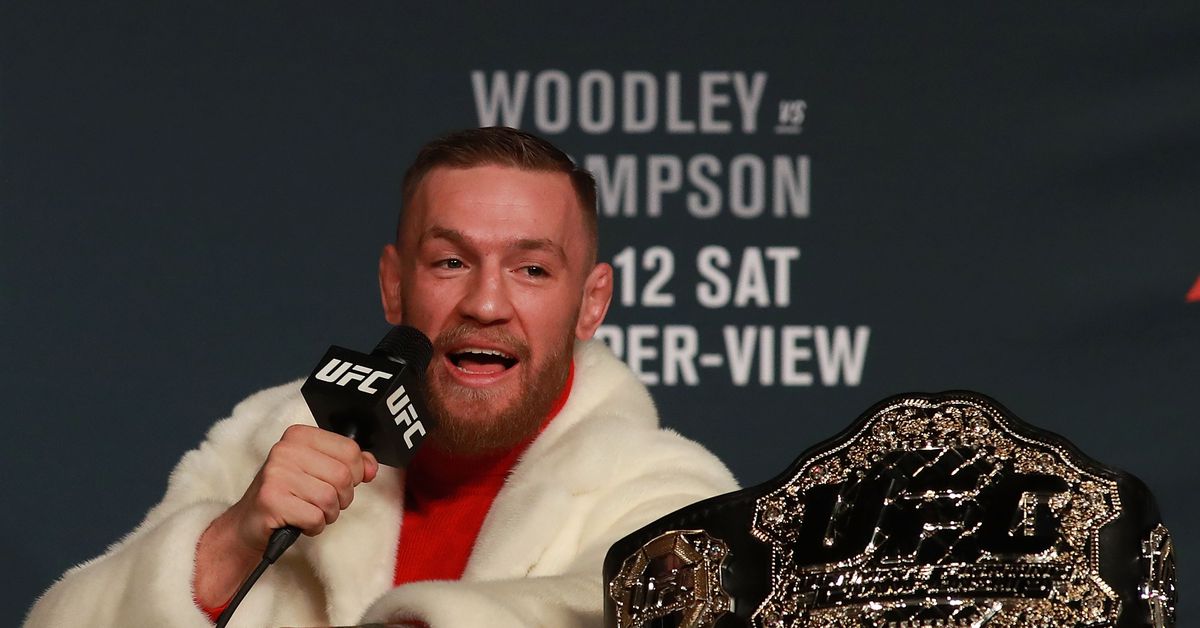 Last week, a video surfaced of an incident back in April where Conor McGregor allegedly struck a bar patron in Dublin over a dispute about his personal brand of whiskey, Proper 12. Turns out, the “allegedly” can be dropped from it now because yesterday McGregor owned up to the incident, admitting that he was “in the wrong” and that it never should have happened. Coincidentally, the man McGregor struck also spoke out Thursday, and he feels much the same way.

According to The Irish Daily Star (via The Irish Sun), the man, who spoke on the condition of anonymity but did reveal his age to be 50, gave his account of what happened that day.

“I am sitting on the bar stool just having a quiet pint with my friend then all of a sudden because I refuse his drink I get a punch, you don’t need that in life.”

The incident occurred when McGregor entered the Marble Arch Pub on April 6th and offered to buy the patrons shots of his own Proper 12 whiskey brand. The anonymous gentleman declined, McGregor insisted, the man refused, words were exchanged, and then McGregor struck him with a left hand before being ushered out by other men with the victim finished his pint.

Afterwards, the anonymous gentleman received high praise for taking McGregor’s smack without so much as getting off his bar stool. But speaking out, the man admits the punch did hurt and went on to decry McGregor’s actions as those of a bully.

“Look-it, I can take a punch,” the man said. “It was sore for about a week. It wasn’t killing me or anything.I don’t like the man. I think he is getting a bad rep. He is a bit of a bully, a bully with money.”

It has been reported that McGregor met with the man shortly after the incident and McGregor’s admission of fault yesterday made reference to this, saying he “made amends back then” but that may not be the end of things for McGregor. The Irish Sun is reporting that McGregor will face a minor assault charge for the incident though it appears he will only have to pay a fine should he be convicted. Should that come to pass, McGregor has said he will accept the consequences of his actions.

Apology. Conor McGregor breaks his silence on bar incident: ‘I was in the wrong’.

GSP. Georges St-Pierre not interested in Nick Diaz rematch: ‘There’s nothing I can gain from that’.

Fight. Brian Ortega targets ‘The Korean Zombie’ in a main event fight for his return to the UFC.

Missed Fists. The best highlights from the previous week in MMA.

Free fight and it’s a good one.

Joe Rogan on the best and worst walkouts in MMA.

Cyborg’s social media team with an elite trolling of Ronda.

I feel like a proud sister watching womens mma grow Women from all over the world are rising to the challenge showing the world what it means to fight like a woman @jessicammapro is an example of overcoming adversity fighting to get noticed. I’ve taken notice and so should you! pic.twitter.com/Rp2NJBjBF3

Among his many other accolades, Urijah Faber is the worst trash talker in MMA.

Young @PetrYanUFC is not wise enough to spell “Peter” correctly. Ur not the fight brotha, wish u were. “The father bull said to his son, we will walk down the hill to ‘see’ the all the cows. Not run to ‘see’ one”

I’m the future of the ufc and you are the past. You can prove me wrong though. You want the title shot, so do I. Let’s see who deserve it more, you can’t just jump in front of the line like that @ufc @danawhite @seanshelby

Jorge has made a new friend.

Thanks for stepping in before this @arielhelwani beef gets too hot.

With regard to homework…this was a “with notes” exam…..

Keep up the good work. That deal where you had your hands behind your back then ran across and kneed the man in the head was well executed. https://t.co/2ThZyLqrgl

Matt Brown is about to fight again. My money is on Condit.

Lately Jimi has been posting a lot of things that make me think he’s gonna come back.

One of these things is not like the others.

Invicta and Marvel figured out how to hire BossLogic but the UFC still running out there same old stuff.

Conor does apologetic better than most. Glad to see him owning up to this one and props to the man for not making a huge deal out of this. It’s a bad incident but you can tell that guy isn’t trying to snag 15 minutes of fame for it.

A rare UFC-free weekend, and Bellator is rocking a Saturday card. Enjoy the light weekend and see y’all on Monday.

Who wins this weekend?