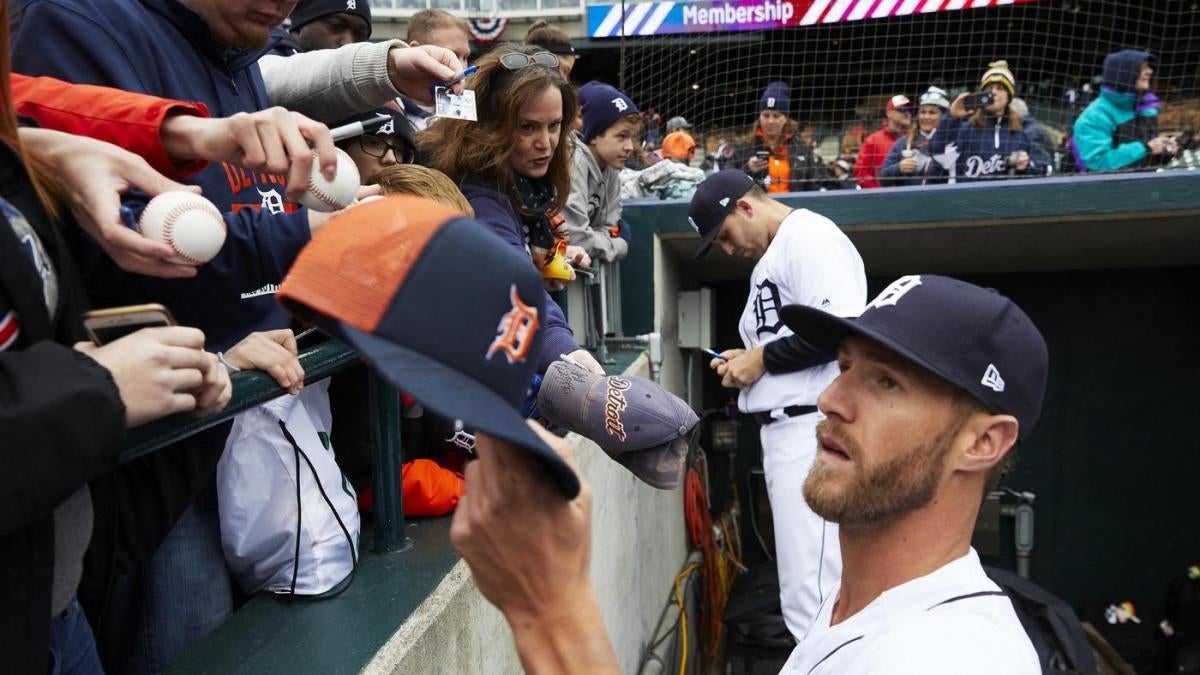 Major League Baseball has its trade deadline approaching on July 31 and for the first time in this era, there won’t be any waiver trades after the deadline. It’s a hard deadline. With this in mind, perhaps the deadline will prove to be crazier than in years past. Of course, the National League right now has 12 of its 15 teams either in playoff position or within six games of a playoff spot. Too many buyers and not enough sellers could really put a damper on the action.

Still, there will be deals and we’ll be here each day to roundup the latest on the rumor mill. Let’s get to it.

The Phillies have had conversations with the Tigers about their available players, including southpaw Matthew Boyd and closer Shane Greene, reports Jim Salisbury of NBC Sports Philadelphia. The Phillies will be in Detroit for a quick two-game interleague series this week and GM Matt Klentak will travel with the team. Boyd is scheduled to start Tuesday night.

Scrap heap pickup Drew Smyly gave the Phillies a solid start over the weekend, but with Jake Arrieta pitching through a bone spur in his elbow, adding another starter would be a wise move — especially since Boyd is under team control through 2022. Also, the Phillies currently have six relievers on the injured list. Greene would be a welcome addition to Philadelphia’s depleted relief corps.

Rays have inquired about Pence

According to MLB.com’s Jon Morosi, the Rays have inquired about the availability of Rangers slugger Hunter Pence. Pence has had a brilliant bounceback season and will be a free agent after this year, so it stands to reason Texas will look to cash him in as a trade chip prior to the July 31 trade deadline.

The Rays are reportedly open to adding rental players, and they’ve been seeking a power righty bat to balance their lineup for weeks now. Tampa made a run at Edwin Encarnacion before he was traded to the Yankees, and Pence is cut from a similar cloth. He’s a righty swinger who figures to spend most of his time at DH at this point of his career.

Cubs have interest in Dyson

The Cubs have interest in Diamondbacks outfielder Jarrod Dyson, report Patrick Mooney and Sahadev Sharma of The Athletic. They’ve liked his skill set in the past and have been looking for outfield help. The 34-year-old Dyson has a career-high six home runs this season and he remains a threat on the bases and an asset defensively.

Albert Almora has been among the least productive hitters in baseball the last two years and Kyle Schwarber has underwhelmed this season — Schwarber rarely starts against southpaws as well — so a right-handed hitter would be the ideal get for the Cubbies. Dyson is a lefty hitter, but he would be an upgrade in center field, and is a trade target worth exploring.

According to MLB.com’s Jon Morosi, the Red Sox have active interest in Padres closer Kirby Yates and Blue Jays closer Ken Giles. Boston recently moved Nathan Eovaldi into the closer’s role and acquired Andrew Cashner to solidify the rotation, but there is still room for another quality reliever or two in their bullpen.

Yates has been dynamite all season — he’s been dynamite dating back to last season, really — and he will remain under team control as an arbitration-eligible player next year, so the asking price will be high. Giles has been excellent this year as well, though he’s had some elbow trouble, which may impact his market. He could be a nice buy-low addition if he stays healthy.

Greene is a popular trade target this summer because he’s been very good and because he will remain under team control as an arbitration-eligible player next season. For better or worse, the Tigers have a recent history of setting a high asking price for the top trade chips and sticking to it. Acquiring Castellanos or Greene, never mind both in the same trade, could be costly.

Eric Sogard of the Blue Jays and Danny Santana of the Rangers are among the utility men drawing interest prior to the trade deadline, according to MLB.com’s Jon Morosi. Also, Morosi says Blue Jays righty Daniel Hudson is drawing interest as well. Toronto figures to be active prior to the deadline with Sogard, Hudson, Giles, and Marcus Stroman as obvious trade candidates.

Sogard and Santana, two journeyman utility players, have enjoyed very successful seasons that have seen them perform better at the plate than at any point in their careers, and also play all over the field. They would be solid bench additions for any contender, and are viable alternatives to Royals star Whit Merrifield, who seems unattainable because the price is so high.

As for Hudson, the two-time Tommy John surgery survivor checks all the boxes analytically, with big velocity and big spin rate on his fastball. He may not be the lockdown closer or ace setup man teams are looking for at the deadline, but Hudson can be a quality power-armed addition to a team’s middle relief corps.