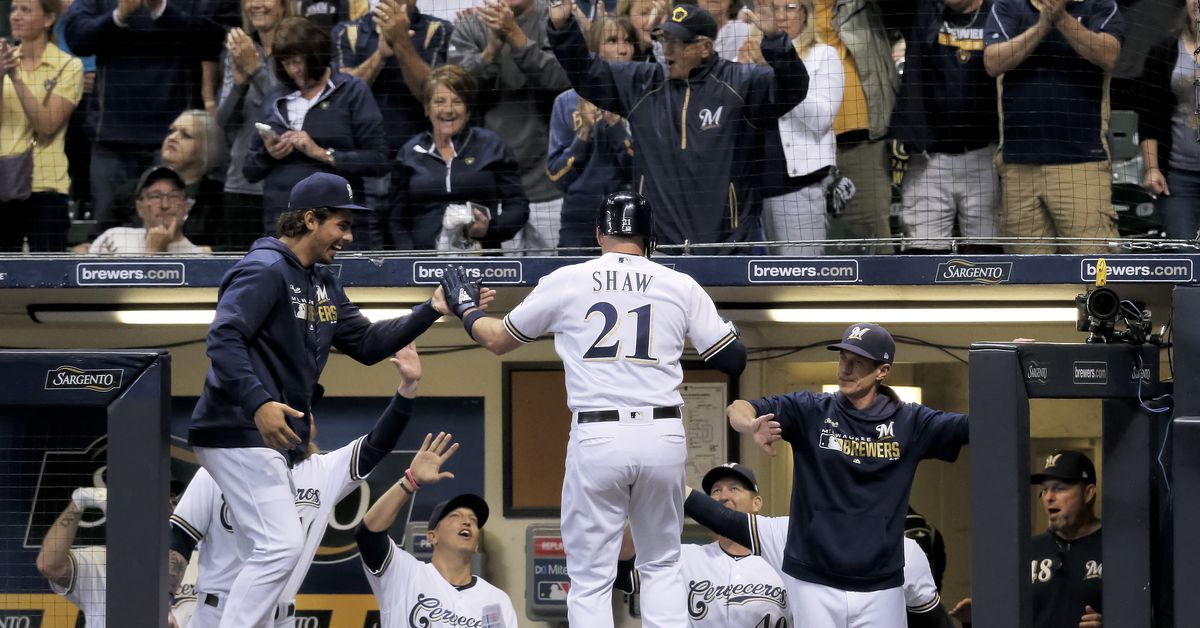 Who will be on the roster and who will be left off for tonight’s NL Wild Card game against the Washington Nationals has been one of the burning questions obsessing Brewer Nation. Will Travis Shaw be on it? Will Matt Albers be on it? Well now we know.

Milwaukee is going hitter heavy, which is not a surprise and tips their game plan (not that anyone really thought Milwaukee would do anything different). Milwaukee will throw the kitchen sink at the Nationals in terms of pitching. Brandon Woodruff will get the start, but don’t expect him for long. Jordan Lyles is on the roster, and that suggests that he could be next up behind Woody. Freddy Peralta, Jay Jackson, and Junior Guerra are the right-handers at Craig Counsell’s disposal that are able to get anyone out. Alex Claudio is the lefty specialist. Brent Suter, Drew Pomeranz, and Josh Hader are the left-handers that have been as effective as any in baseball. Chase Anderson is likely there if the Brewers need length, but also has shown a penchant for pitching effectively out of the bullpen.

As I mention, the Brewers went heavy with hitters/position players. Travis Shaw was one of the big question marks. Shaw played well in San Antonio, but has had a miserable season in Milwaukee. Once called up in September, he continued to play poorly. His slash for September was .100/.289/.200. That is not what you want from a left-hander power bat coming off the bench. Maybe Counsell has a feeling.

There are no real surprises other than Shaw on the roster, except for maybe Tyrone Taylor. Lorenzo Cain will be a game time decision as well as Ryan Braun being hampered with a calf make having Taylor in reserve a sensical thing to do. The rest of the roster is pretty much what you might expect.

The real question is, after tonight will we be having a discussion regarding a roster for the Brewers in the NLDS?