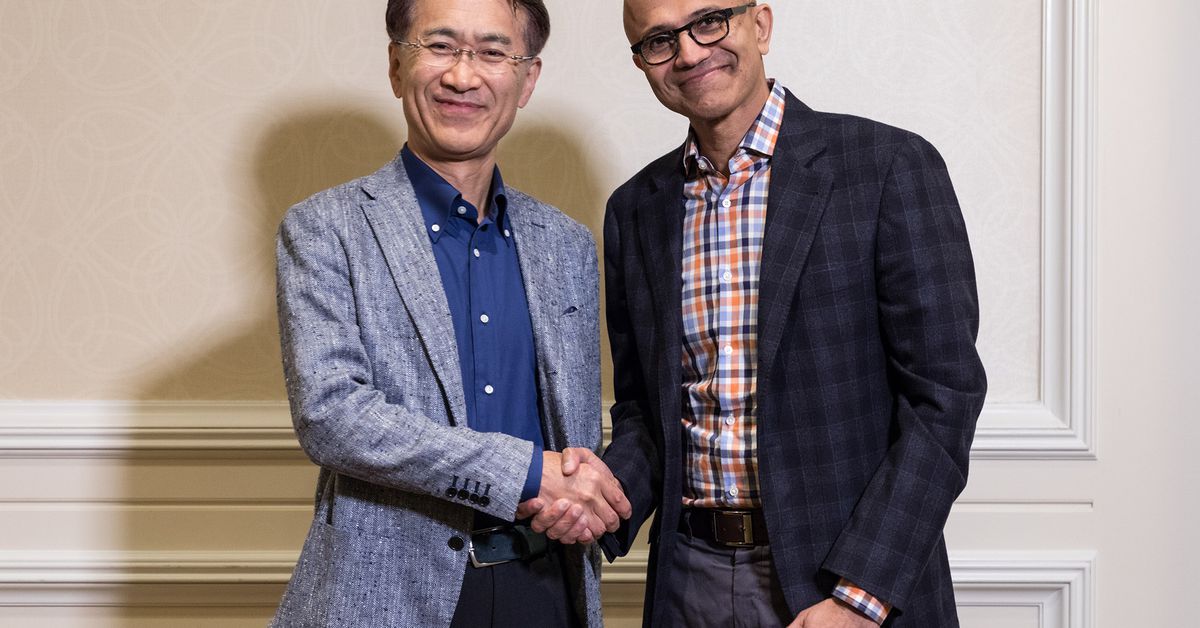 Microsoft says “these efforts will also include building better development platforms for the content creator community,” which sounds like both Sony and Microsoft are planning to partner on future services aimed at creators and the gaming community. Both companies say they will “share additional information when available,” but the partnership means Microsoft and Sony will collaborate on cloud gaming. That’s a pretty big deal, and it’s a big loss for Microsoft’s main cloud rival, Amazon.

It also means Google, a new gaming rival to Microsoft and Sony, will miss out on hosting Sony’s cloud services. Google unveiled its Stadia game streaming service earlier this year, and the company will use YouTube to push it to the masses. Stadia is a threat to both Microsoft and Sony, and it looks like the companies are teaming up so Sony has some underlying infrastructure assistance to fight back. Stadia will stream games from the cloud to the Chrome browser, Chromecast, and Pixel devices. Sony already has a cloud gaming service, but Microsoft is promising trials of its own xCloud gaming service later this year. Microsoft’s gaming boss, Phil Spencer, has also promised the company will “go big” for E3.

Alongside the cloud gaming and content-streaming partnership, the pair of companies will also collaborate on semiconductors and artificial intelligence (AI). This will include intelligent image sensor solutions that use Azure AI, and Sony using Microsoft’s AI platform in its consumer products.

“Sony has always been a leader in both entertainment and technology, and the collaboration we announced today builds on this history of innovation,” says Satya Nadella, Microsoft CEO. “Our partnership brings the power of Azure and Azure AI to Sony to deliver new gaming and entertainment experiences for customers.”