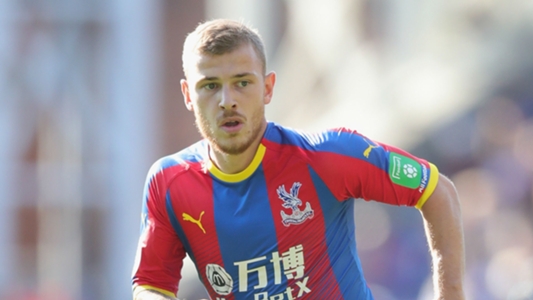 Former Schalke midfielder Max Meyer has distanced himself from comments made by his father Achim, who posted a video on social media criticising the Bundesliga club while driving a Lamborghini.

Meyer started his career with Schalke, coming through the youth ranks of the Gelsenkirchen club before departing on a free transfer in the summer of 2018 to join Premier League side Crystal Palace.

Schalke have endured some hard times since Meyer left, finishing down in 14th in the Bundesliga in 2018-19, while this season a promising start has given way to a worrying slump in form and confidence.

They have not won a Bundesliga game since January 17, going 10 games without victory either side of the enforced break in play caused by the coronavirus outbreak. They have lost all three matches since football resumed, conceding nine goals in a 4-0 defeat to local rivals Borussia Dortmund, a 3-0 home loss to Augsburg, and a 2-1 reverse to relegation battlers Fortuna Dusseldorf.

Their rotten form has put pressure on manager David Wagner, while they have been further destabilised by first choice goalkeeper Alexander Nubel being unavailable after he signed a pre-contract agreement with Bayern Munich in January to move this summer on a free transfer.

Meyer senior appears to have little sympathy with his son’s old club, posting a video on social media of him driving through Gelsenkirchen in a supercar he says was paid for by the club.

He said: “It doesn’t get any better, man. Through the forbidden city, Gelsenkirchen. Off to the tax consultant. It’s nice with the paid Lambo from the bankruptcy club. Wonderful.”

Meyer junior however does not share his father’s views and posted a picture on Instagram of him playing for Schalke alongside a message saying he is disappointed with his dad and remains fond of his boyhood club.