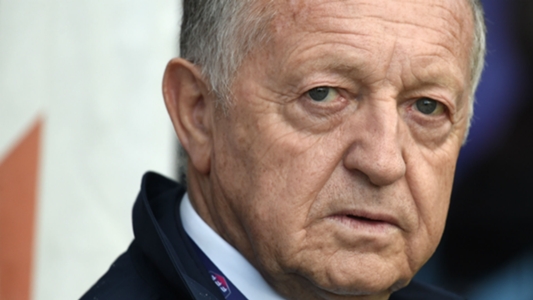 Lyon president Jean-Michel Aulas has called for Ligue 1 clubs to restart training next week with a view to resuming the domestic campaign in July.

French football officials took the decision to cancel the 2019-20 season for Ligue 1 and Ligue 2 in April amid the coronavirus pandemic, which has caused over 358,000 deaths worldwide to date.

Paris Saint-Germain were subsequently declared champions for a third successive year, having already established a 12-point lead over second-place Marseille with a game in hand.

Amiens and Toulouse were relegated, while Lyon were forced to accept a seventh-place finish with 10 games left to play, which saw them miss out on European qualification for the first time since 1996.

A number of other major leagues have also cancelled remaining fixtures, but the Bundesliga has been able to safely resume in Germany, and now the English top-flight looks set to follow suit.

Premier League officials have agreed to resume the season on June 17, with Manchester City vs Arsenal and Aston Villa vs Sheffield United set to open a new-look summer schedule.

Aulas has reacted to the news by tagging Lyon, the French prime minister, Edouard Philippe, and sports minister Roxana Maracineanu in a post on Twitter, urging Ligue 1 to overturn their original verdict.

The Lyon chief wrote: “The Premier League will restart on June 7 [actually June 17]. @OL @Matigon @RoxaMaracineanu Madame Minister allow us to resume training from June 2 and then play behind closed doors from July, 15 days after the English and all the others.”

Aulas sent a letter to the French government earlier this month during in which he raised concerns over the financial implications of the season being cut short.

He also insisted that the relaxation of lockdown measures in France should be reason enough for top-flight officials to “rectify the error” of confirming a final Ligue 1 table prematurely.

Aulas said: “Could we imagine that June 2 is also a great opportunity to rectify the error concerning French football and allow, with a health protocol used everywhere, to give the starting point for a gradual resumption of training (in June) and, why not, a resumption of the 2019-20 league season in the months of July or August as specifically suggested by UEFA on April 21 and since confirmed by Aleksander Ceferin by mail on May 14?”