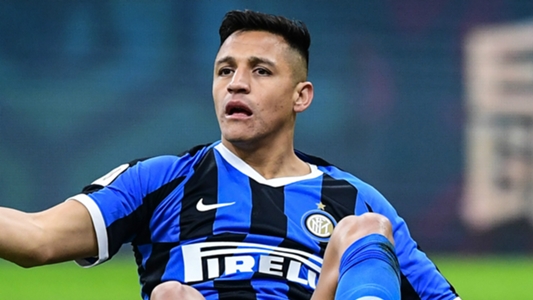 Inter should be looking to keep Alexis Sanchez “for another year”, says Ruben Sosa, with the Manchester United flop considered to still have plenty to offer if given regular game time.

The Chile international has been denied those opportunities throughout a loan spell at San Siro. Injuries have proved to be an issue once again for the 31-year-old, with just 15 outings for Inter as a result.

No spark has been rediscovered by the former Barcelona and Arsenal star, with the struggles he has endured at Old Trafford being taken with him to Italy. Sosa, though, believes that a proven performer will come good if Antonio Conte displays patience and belief.

With that in mind, and with the 2019-20 campaign having been disrupted by the coronavirus outbreak, the Nerazzurri have been urged to extend an agreement with United when it comes to Sanchez.

Ex-Inter frontman Sosa told La Cuarta: “I was with him in the hotel where he lived in Milan. For me he’s a great player, with a long career, especially with his national team, he’s very respected.

“He hasn’t been given the right time, he can’t play so little, he needs to stay on the pitch for several games, for ninety minutes. He needs time to go back to be the player he is.”

Sosa added on the potential that still exists in Sanchez’s game: “He needs two games to gain confidence, but he needs to do it whilst starting and playing the full game.

“I’d keep Alexis for another year at Inter. He’s a goal scorer, physically he’s very well and still has a lot to give. He’s a guy who has scored a lot of goals and will continue to do so.”

Sanchez hit 47 goals in 141 appearances for Barcelona, before managing 80 in just 166 outings for Arsenal.

A move to Manchester in January 2018 was supposed to take his game to even greater heights, but the South American has rather lost his way. He found the target just five times for United in 45 games, before the decision was taken to let him head for Serie A.

There have been suggestions that he will be welcomed back into the fold at Old Trafford when he returns to England, with Ole Gunnar Solskjaer not prepared to write him off just yet, but it remains to be seen where he will be playing his football in 2020-21.