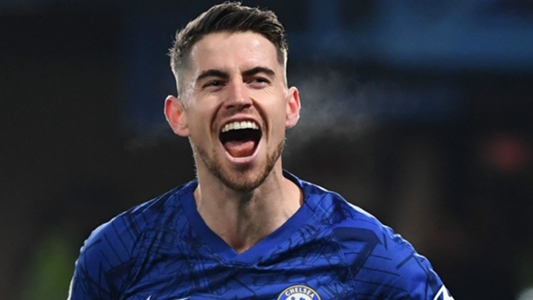 Chelsea midfielder Jorginho would be open to a transfer to Juventus this summer, his agent has explained.

The former Napoli man followed coach Maurizio Sarri to Stamford Bridge in the summer of 2018. Although he was a central figure at the Serie A club, he has failed to establish himself as such a pivotal presence in the Premier League.

Speculation has linked him with a switch back to Italy, where he could team up with Sarri for a third time, and the agent of the Italy international has done little to downplay the prospect of such a deal.

Speaking to Tuttosport, Joao Santos said: “I don’t know if Juve want Jorginho, who still has a three-year contract at Chelsea. We’ll see.

“He’s a professional, so if an important team gives him a call, well, why not?”

Despite Jorginho being linked with a move away from the club, he has played 37 games in all competitions this season for the Blues, scoring seven goals and setting up a further two for Frank Lampard’s side, who are battling for a place in the Champions League next season.

Meanwhile, Santos has said that he does not think the transfer market will necessarily be as stunted as some have predicted in the wake of the coronavirus crisis, which has seen football suspended over western Europe and caused some top leagues to finish early.

Many big clubs are expected to struggle financially because of the suspension, but Santos feels that it will simply mean that reasonable bids for players are liable to be accepted.

“I believe that the sale of the most important players will be considered in the case of a sizeable bid,” he said. “Faced with big offers, it would be appropriate to sell your players.

“It will just last a year. Then slowly the system will recover.

“This crisis is a global one but it will affect countries where there is no great competitiveness anymore. For example, in Portugal, or in Italy’s Serie B and Serie C, where they are missing gate receipts and probably also some sponsorship. It will be difficult for them.”