According to state-run news agency Xinhua, the unidentified patient was believed to have become infected with the plague after catching and eating a wild rabbit in Inner Mongolia’s Huade county.
Bubonic plague is the more common version of the disease and is rarely transmitted between humans.
The case comes after the Chinese government announced on November 12 that two people were being treated for the pneumonic plague in the capital of Beijing — the same strand that caused the Black Death, one of the deadliest pandemics in human history.
Pneumonic plague is the most virulent and deadly strain of the disease. It originates in the lungs and any person who is infected can spread it to another person by sneezing or coughing near them. It can be cured with antibiotics, but is always fatal if left untreated, according to the WHO.
In comparison, bubonic plague can only be spread by infected fleas or by handling an infected animal’s tissue. 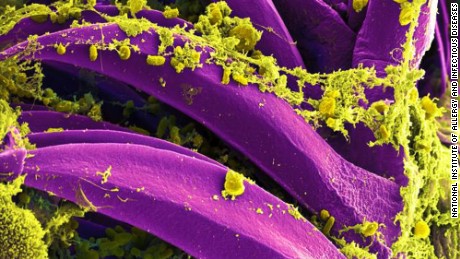 State media Xinhua said Saturday that there had been no evidence of the plague spreading further in Beijing and there was no connection to the latest case. But it was the second time the disease had been detected in the region in the past year.
In May, a Mongolian couple died from bubonic plague after eating the raw kidney of a marmot, a local folk health remedy.
Although plague is inextricably linked to the Black Death pandemic of the 14th century that killed around 50 million people in Europe, it remains a relatively common disease.
At least 1,000 people a year catch the plague, according to the World Health Organization (WHO), which they acknowledge is probably a modest estimate given the number of unreported cases.
The three most endemic countries are the Democratic Republic of the Congo, Madagascar, and Peru.
An average of seven Americans get the plague every year, according to the Centers for Disease Control and Prevention. In 2015, two people in Colorado died from the plague, and the year before there were eight reported cases in the state.

CNN’s Jessie Yeung and Susan Scutti contributed to this report.