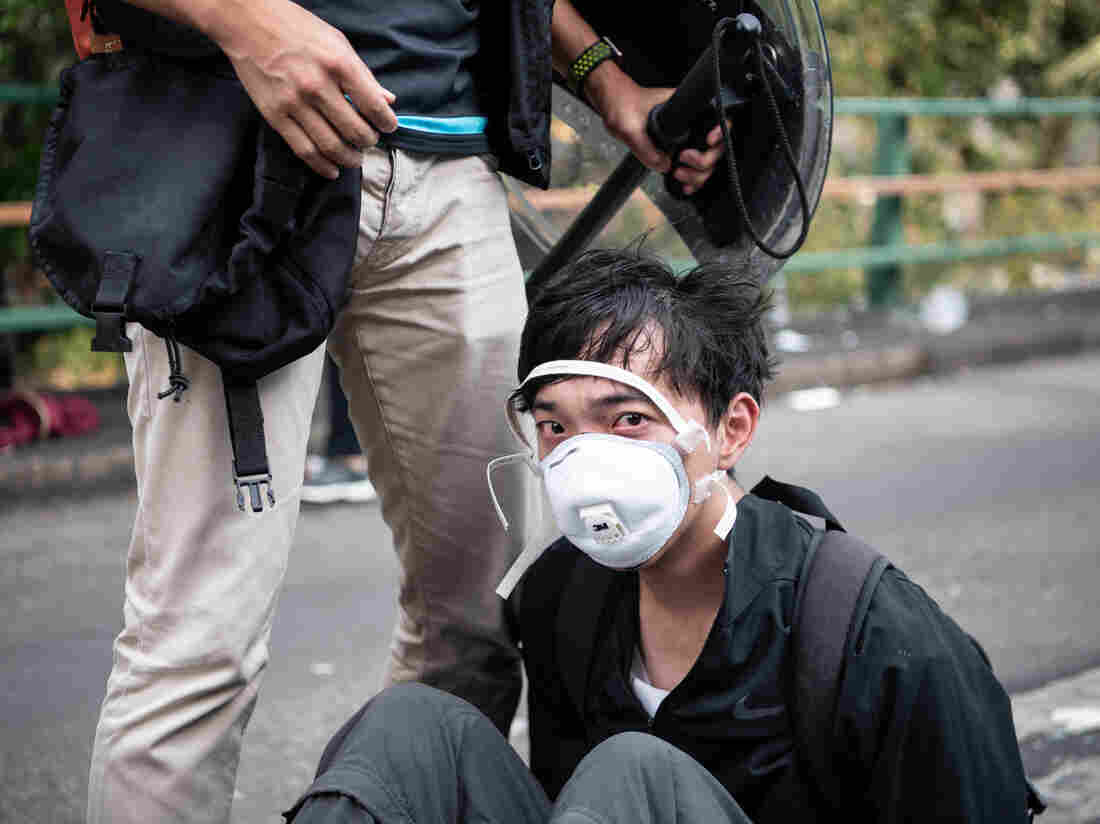 An estimated 600 pro-democracy protesters are locked in a violent standoff with police at the Hong Kong Polytechnic University campus, according to the student body president. Protesters lost ground when police stormed the school; now some hope to escape, and others are asking supporters to come help.

Police have called on the protesters to surrender, saying they will be arrested for rioting. As clashes intensified, protesters shot arrows and hurled gasoline bombs at the authorities, and police used tear gas and water cannons. Police also warned that officers could begin using live ammunition rather than rubber bullets.

It’s the second time the Hong Kong Police Force has stormed a university in the past week, in an apparent attempt to root out protesters from campuses that the police say have been transformed into weapons factories.

“No one should underestimate China’s will to safeguard its sovereignty and Hong Kong’s stability,” Chinese Foreign Ministry spokesman Geng Shuang said in Beijing, according to the BBC.

Protesters set several large fires in an attempt to keep police at bay, including a flyover bridge that connects the school to an adjacent transit station and a nearby footbridge.

“Fierce clashes locked protesters and police in a battle trading gasoline bombs and tear gas. Then came the ultimatum: Police told protesters there was one way out. Put your weapons down and leave or face the consequences. Those who attempted to slip out of the campus were met with volleys of tear gas and arrested. Others managed to escape, but not many.

“During the day, protesters inside issued an appeal tinged with desperation: Where, they asked, were the 2 million people who had marched earlier? Many did respond and converged on the area, only to find the university secured by riot police. Local media report parents of protesters are staging a sit-in, pleading for their children to be allowed to leave unharmed.” 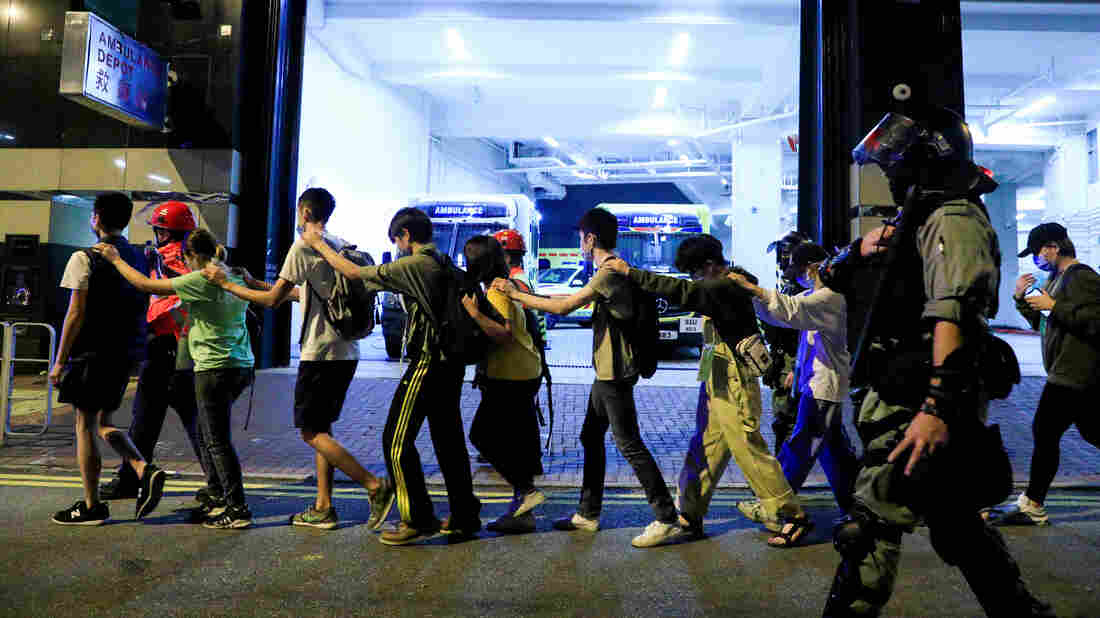 Protesters are escorted by police out of the campus of Hong Kong Polytechnic University during clashes with police in Hong Kong on Monday.

In roughly 24 hours extending back to Sunday night, police have arrested more than 400 protesters who were trying to leave the university, according to the South China Morning Post. Citing a police spokesperson, the newspaper adds that since demonstrations started in June, 4,491 people have been arrested, with their ages ranging from 11 to 83.

The leaders of Polytechnic University are pleading for an end to the violence. Saying their campus “has been occupied by activists and has been severely and extensively vandalized over the past few days,” the leaders said in a statement Sunday that protesters have damaged “a number of laboratories on campus with the dangerous chemicals inside being taken away.”

“Once again, we plead with all people on campus, including students and staff members, to leave immediately,” the school’s leaders say.

In another new development, Hong Kong’s supreme court has overturned the government’s recent ban on protesters wearing face masks. Thousands of demonstrators have been ignoring that ban, which was imposed in early October using emergency powers that date to the Chinese territory’s British colonial era.

The protests began as a response to Chief Executive Carrie Lam’s proposal to enact a law allowing people in Hong Kong to be extradited to mainland China. That idea was later retracted, but demonstrators are demanding more control over choosing Hong Kong’s leaders. They also want an investigation into police officers’ use of violent force during the months of protests.

Commenting on the situation Monday, former U.S. Ambassador to the U.N. Nikki Haley said in a tweet, “The tragedy of Hong Kong shows the world what the Chinese communist government is really all about. They fear freedom and will do anything to stop it.”