Georginio Wijnaldum admits Liverpool captain Jordan Henderson can be “annoying”, but the Dutchman accepts that his fellow midfielder means well and only wants what is best for the club.

The man donning the armband at Anfield has earned plenty of plaudits for the leadership qualities he has shown during a renaissance period for the Reds.

Under his guidance, with Jurgen Klopp steering the ship off the field, Liverpool have savoured Champions League, UEFA Super Cup and Club World Cup successes.

They have also opened up a 25-point lead at the top of the Premier League table as they wait on a first title triumph in 30 years.

Henderson is considered to have played an integral role in a return to prominence, with no less than 100 per cent effort demanded from those around him.

Wijnaldum concedes that his skipper can take things a little too far at times, but is happy to play along with a team-mate who is looking to ensure that collective standards do not slip.

The Netherlands international told Sky Sports: “I’ve played with a few players who have great leadership, I have to say Kevin Strootman and Jordan Henderson were, I think, above the other ones.

“Mark Van Bommel was also a good leader and a good captain, but out of the three of them, I have to chose Henderson.

“It can be annoying [when he is motivating players on the pitch], but if you think about why he’s doing it, it’s only to help you as a person and the team so if you think about it in that way, you always appreciate it so we are really happy with the way Henderson is.” 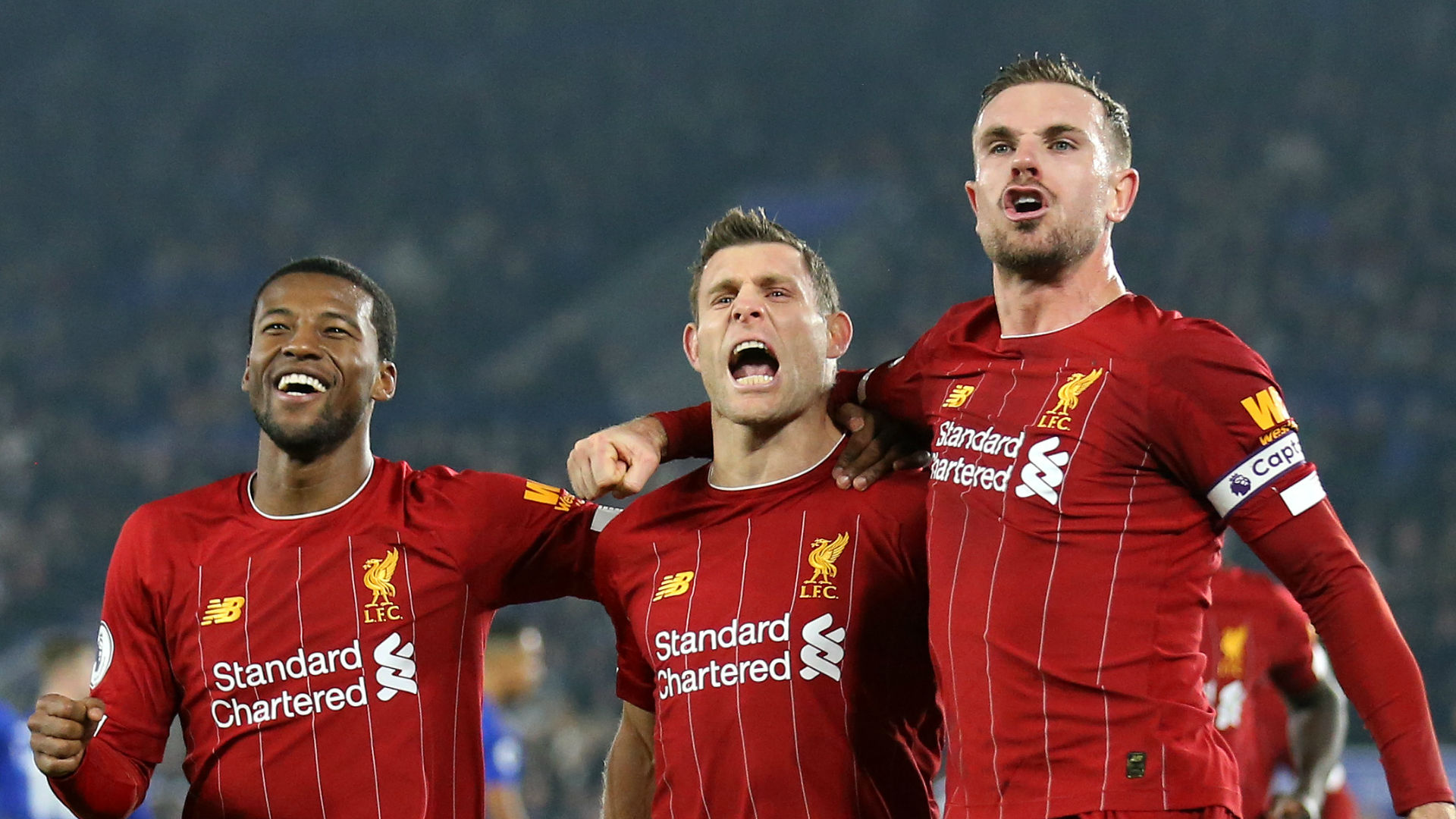 Henderson is not the only role model that Wijnaldum is looking to take important lessons from at Liverpool.

James Milner is now 34 years of age, but he remains at the top of his game and has shown what can be achieved through hard work and a “non-stop” approach to maintaining consistency.

Wijnaldum added on the ex-England international: “His engine is unbelievable. I see it in the games and in training, the way he plays and how fit he is. I hope I can reach that level too.

“He’s non-stop, I have to say when you play against him, it’s really tough because Milner is the type of player who will never stop giving everything so you always have to be 100 per cent concentrated and have to give every time 100 per cent otherwise you will lose from him. He’s a really tough competitor.”