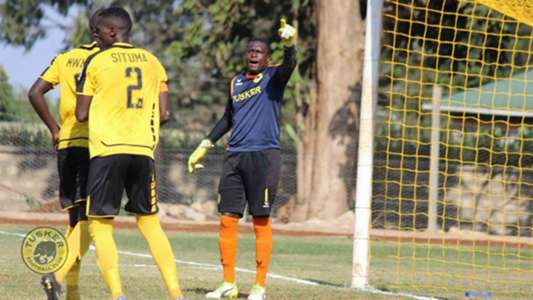 Former Harambee Star Duncan Ochieng has detailed how difficult it is to be a goalkeeper.

Ochieng played for 10 clubs before retiring at Tusker in 2017 and says a goalkeeper, whenever a mistake occurs, is always the first person to be blamed.

A memorable goalkeeping moment, which of course left him furious, was during the FKF Shield Cup match between Sofapaka and AFC Leopards in 2013. The goalkeeper left his area comically to clear an oncoming ball but he did not manage it and left Allan Wanga to plant the ball into an empty net.

AFC Leopards went on to win the trophy in the final after dispatching Sofapaka 2-0 in the semi-finals.

“First to be blamed; last to be credited – that’s the life of a goalkeeper,” Ochieng wrote on his Facebook page.

Ochieng, who served Kenyan Premier League (KPL) side Mathare United for 16 years in four different stints, was quick to argue that strikers are always getting much credit compared to a goalkeeper.

“It’s often said that a striker can laze around, shoot blanks and run like a headless chicken for the entire game, but his stoppage-time goal makes him the hero,” stated the retired goalkeeper who won the KPL title with Mathare United and Tusker in 2008 and 2011 respectively.

“A goalkeeper, on the other hand, can make Superman-like saves the entire game, yet his one and only blunder make him the villain.”

The former Sofapaka custodian also explained how lapses in defence can end up being labelled a goalkeeper’s blunder.

“While some may argue that defensive errors come from various avenues and not just only from the man between the sticks, others will only zero in on the terrible blunders that leave no one else but the keeper to be blamed,” added the former IK Sleipner star.

Ochieng went on to advise goalkeepers on how to deal with such criticism.

“The best goalkeepers are egotistical and it is important that they are such men. Goalkeepers need to believe they are the best to keep going up the ladder,” he concluded.

“It is not enough if a goalkeeper says it by his words; a goalkeeper truly needs to believe in the fact that he is the best at what he does.”