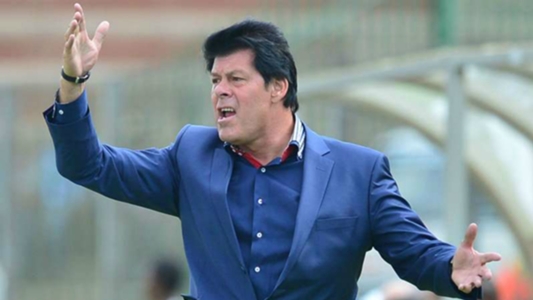 Young Africans (Yanga SC) coach Luc Eymael has described’ his absence from the team as “embarrassing an annoying” ahead of the Mainland Premier League’s resumption.

The Belgian coach relocated to his native country when the top-flight took a break in mid-March owing to the coronavirus pandemic, but with the league getting the green light to resume, Eymael is yet to step foot in Tanzania owing to travel issues.

While the club’s information officer Hassan Bumbuli told reporters on Friday that Eymael was expected back in the country on Sunday, the coach has vehemently denied the claims, saying he is still unsure when he will travel to Tanzania.

“After that, I asked them I can book a flight to Frankfurt, Frankfurt to Addis Ababa, then to Dar es Salaam, the coach of Azam FC was living in Romania and he travelled via Frankfurt to Ethiopia and he is now back in Tanzania.

“I am the only one not in Dar es Salaam for the start of the league and it is very embarrassing and annoying that this is happening.”

Yanga have already confirmed assistant coach Boniface Mkwasa will handle the side until the Belgian coach arrives in Tanzania.

In a past interview with Goal, Eymael confessed he doesn’t have any problems with Mkwasa taking charge of the side in his absence.

“I don’t have any problem at all with [Mkaswa] taking charge,” Eymael told Goal. [Mkwasa] is a very experienced coach and I will try to help him from my base.”

While Yanga doesn’t have a realistic chance of winning the league title, the Jangwani Street-based giants have a chance to win the domestic cup.

Yanga have been drawn to face Kagera Sugar in a quarter-final clash.

The Sugar Millers have seldom been a problem for Yanga, however, in the last meeting in January, they claimed a 3-0 win against the 27-time league champions.