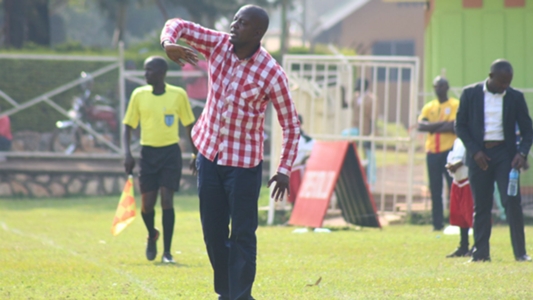 Ugandan Premier League (UPL) side Express FC have confirmed the appointment of Isaac Mwesigwa as the new chief executive officer.

Mwesigwa takes the role from outgoing Hamza Jjunju, who Express stated has left by mutual consent to pave way for the new CEO.

The Red Eagles have also confirmed Wasswa Bbosa as the head coach after he was appointed in February as an interim tactician. Bbosa had replaced George Ssemwogerere.

“As we continue to rebuild our club, it gives me great pleasure to announce the appointment of [Mr Isaac] Mwesigwa as the new Express FC CEO,” the club’s statement, signed by chairman Kiryowa Kiwanuka and seen by Goal, said.

“By mutual consent, [Mr Hamza] Jjunju ceases to be CEO with immediate effect. I would like to take this opportunity to thank Jjunju, the outgoing CEO, for a job well done in steering the club over the past few years. Thank you!

“Concurrently, in principle, we have agreed with coach [Wasswa] Bbosa to permanently assume the head coach roles. The new CEO shall finalize the details.”

Express highlighted the new CEO’s glittering career as a reason why they settled on him just after the UPL was cancelled and ahead of the next campaign.

“His previous roles have seen him as the Network Operations Centre Manager for Liquid Telecom and Support Engineer with UNESCO Accra, Ghana.

“Isaac has been involved in football matters in Uganda since 2008 and comes with vast experience in player development and talent identification.

“He is behind the success of players like Allan Okello, Julius Poloto, Mustafa Kizza and Peter Magambo among others.

“He is also the founding member of Futsal Uganda Association [FUA] and works with several schools in order to develop an educated footballer.

“He comes with passion, in-depth knowledge, education and understanding of the professional world of football all equipped with connections across the globe.

“As the board, we welcome his addition to the club and are confident that he shall write a new chapter in the success annals of Express FC.

“I call upon all our fans to support both Isaac and coach Bbosa as they take over these roles.”