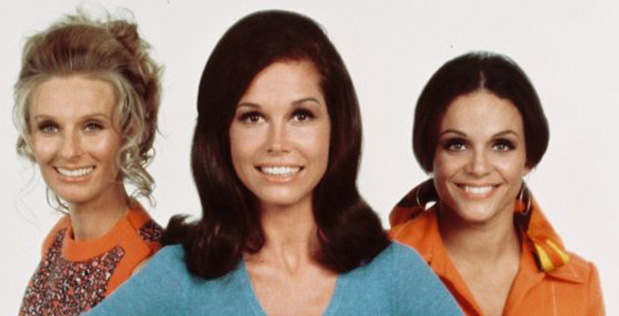 Not long after the news broke of Valerie Harper’s passing today (August 30), many Hollywood stars paid tribute to the actress, who was best known for her role as Rhoda Morgenstern on two legendary TV sitcoms. Harper died at 80, after years of cancer-related health issues.

TV audiences were first introduced to her iconic character in The Mary Tyler Moore Show, which bowed in 1970. Harper’s wisecracking character was the neighbor and friend of Moore’s character, Mary Richards. Harper earned three Emmy Awards for Outstanding Supporting Actress in a Comedy Series for her role.

After four seasons on the CBS Saturday night sitcom, Harper’s character was given her own spinoff series in 1974, simply titled Rhoda. Not long after the series’ debut, Harper’s character was married in a special one-hour edition of the program. That episode earned spectacular ratings with 52 million viewers. She ultimately earned an Emmy for Outstanding Lead Actress in a Comedy Series for her role.

Harper returned to the Moore show as a guest in seasons six and seven.

The news of Harper’s passing was revealed by her daughter, Cristina Harper Cacciotti, who shared a statement from her father: “My beautiful caring wife of nearly 40 years has passed away at 10:06 a.m., after years of fighting cancer.

“She will never, ever be forgotten. Rest in Peace, mia Valeria. — Anthony.”

Ed Asner, 89, who also starred on The Mary Tyler Moore Show as Lou Grant, the gruff producer of the fictitious WJM-TV news program where Moore worked in Minneapolis, led those mourning his former co-star.

“A beautiful woman, a wonderful actress, a great friend and with balls bigger than mine,” he wrote in part. “Goodnight beautiful. I’ll see you soon.”

A beautiful woman, a wonderful actress, a great friend and with balls bigger than mine. Her brilliance burst through and shined its light upon all of us. Goodnight beautiful. I’ll see you soon. pic.twitter.com/FicADkSAzS

The Moore series was an Emmy favorite, earning 29 overall, including three for Outstanding Comedy Series. Moore died in 2017, also at 80. Harper published her autobiography, I, Rhoda, about her career and battle with cancer, in 2013.