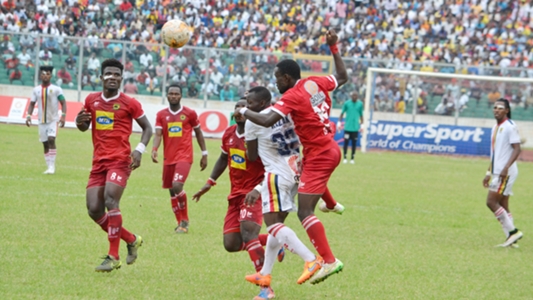 Ghana National Sports Authority (NSA) board chairman Kwadwo Baah is calling for the cancellation of the football season due to the coronavirus pandemic.

The West African nation has halted all sporting events, including football, resulting in grounding of the men and women’s Premier League and FA Cup competitions.

Following the return of football in Germany after a similar coronavirus-induced suspension, a section of fans is calling for a prompt return of the domestic championships.

“We shouldn’t rush in returning football because we have to get things right first before making any decisions,” Baah told Asempa FM.

“I agree with the school of thought that the season should be cancelled. We shouldn’t rush if the western world are returning their football seasons. If it’s easy, the EPL [English Premier League] would have started a long time ago.

“There other European countries calling off their football seasons. Even France and Belgium have declared their champions and Ghana is of no exception.

“We need to ensure that we have the capacity to protect those involved in our game before even play resumes.”

Football competitions in Ghana were halted on March 15. At the time, a total of six cases had been recorded.

As of Tuesday May 26, the West African nation has registered 6,808 cases involving 32 deaths and 2,070 recoveries.

The Ghana Football Association (GFA) has said it would wait until at least June 30 to take a final decision on the way forward for the sport.

Personalities from Berekum Chelsea, Eleven Wonders and King Faisal, meanwhile, support Baah’s call for a total cancellation of the 2019-20 season.

Medeama, who currently sit sixth on the men’s league table, however, want football back as soon as possible, albeit under strict safety protocols like playing matches behind closed doors.

The championship was at the matchweek 15 stage – with Aduana Stars leading the table – when the competition was brought to a halt.

Last week, the leadership of the GFA, together with heads of other sporting entities and disciplines, held a meeting with the government of Ghana about the future of sports in the country amid the coronavirus threat.