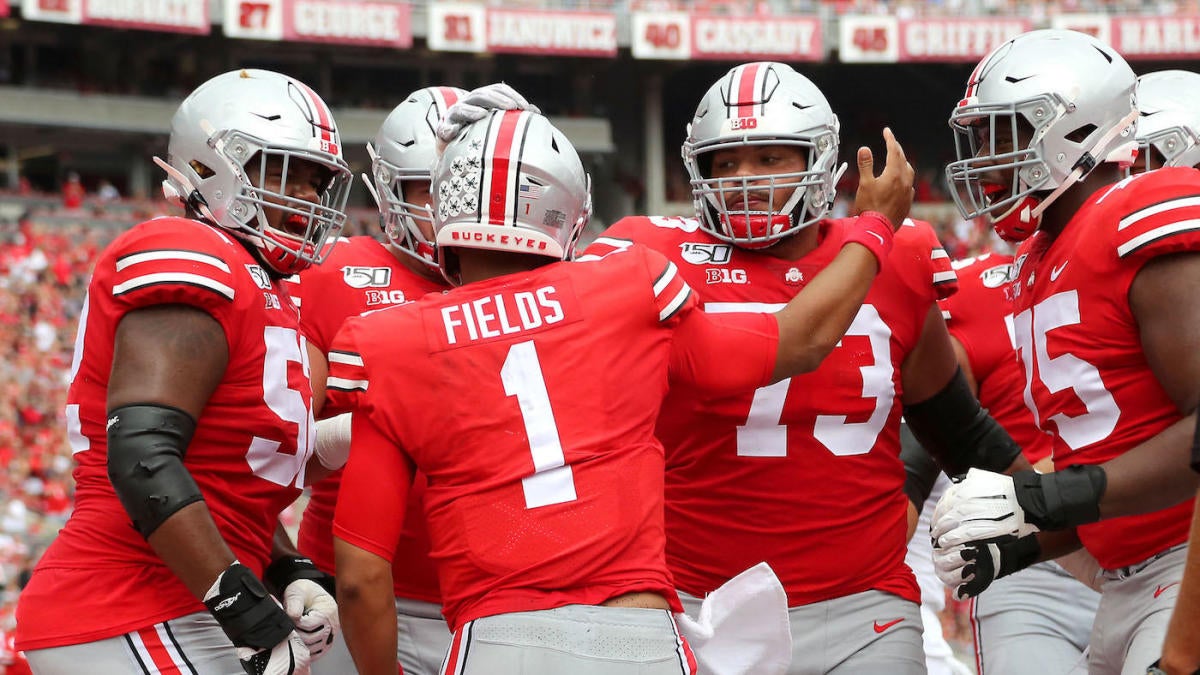 On a Saturday with three top-25 matchups, the standout showdown of the weekend pits No. 7 Auburn against No. 10 Florida in what will be the first top-10 battle inside The Swamp since 2012. The nation’s attention will be on the SEC on CBS Game of the Week at 3:30 p.m. ET, but it is not the lone big game of the day. No. 19 Michigan and No. 14 Iowa square off early in what may well be a Big Ten elimination game, while No. 4 Ohio State gets tested by the defense of No. 25 Michigan State in the evening’s top game.

With action starting early in the day and continuing late into the night, let’s take a look at the biggest games on the schedule Saturday along with our college football picks and predictions for what will transpire in those contests. Our CBS Sports college football experts have picked every game both straight up and against the spread, giving you ample opportunity to decide how to make your picks ahead of kickoff.

Utah State at No. 5 LSU (-25.5) — Noon on SEC Network: This could be one of those games that ends up being more interesting than the line projects. Jordan Love is a stud, and LSU’s defense has been injury plagued. If the Tigers aren’t careful — a noon kickoff the week before Florida is a precarious spot — the Aggies will absolutely make this a game. LSU probably wins, and may even wins comfortably by the time this is all said and done, but covering nearly four full touchdowns is a lot to ask against a motivated dog. Pick: Utah State +26.5 — Ben Kercheval

No. 14 Iowa at No. 19 Michigan (-4.5) — Noon on Fox: I’m taking Michigan against the spread, though I don’t feel great about it. What makes me lean the Wolverines’ direction is the fact this game is in Ann Arbor; plus, Iowa’s defense just hasn’t been very disruptive in 2019. The Hawkeyes have five sacks as a team. Now, Michigan’s hasn’t been much better, but I would like Iowa a lot more on the road in this spot if I could count on their pass rush. Maybe it shows up this Saturday against a Michigan offensive line that’s had some problems, but until I see it, I’m not going to assume it happens. Pick: Michigan (-4.5) — Tom Fornelli

No. 7 Auburn (-3.5) at No. 10 Florida — 3:30 p.m. on CBS: Auburn’s defensive front is going to do to Florida what it has done to pretty much every other team this year: stop the run and force the quarterback win with his arm. Do you trust Kyle Trask to do that in the biggest game of his brief college career? I don’t. Auburn needed to get Bo Nix going through the air last week because it needed to know he can handle it, but he won’t need to do much in this one. As long as Nix doesn’t make mistakes, coach Gus Malzahn will keep things simple, pound the rock and give Nix enough through the air to control it throughout. Pick: Auburn (-3.5) — Barrett Sallee

Get in the action this season by playing College Football Pick ’em for your shot to win $1,000* per week for picking college games. Terms apply.

No. 3 Georgia (-25.5) at Tennessee — 7 p.m. on ESPN: If you’re looking for Jake Fromm and the Bulldogs wide receivers to have a big day, this one won’t be for you. Why? They won’t need to. The Dawgs know that they can control thnge line of scrimmage, get into the backfield to disrupt plays and control the tempo of the game from the moment that toe meets leather. Expect Fromm to find receivers George Pickens and Dominick Blaylock often, leadi the Bulldogs to an easy cover. Pick: Georgia (-25.5) — Barrett Sallee

No. 25 Michigan State at No. 4 Ohio State (-19.5) — 7:30 p.m. on ABC: I’m backing Michigan State because I’ve seen too many close games between these two programs to think the Buckeyes will roll them like a Nebraska. From 2011-16, this was the elite rivalry in the Big Ten. They met six times and split it 3-3 with a five-point average margin of victory. Ohio State has dominated the last two, but if you believe that there’s some Sparty magic — again, usually powered by its defense — then you have to take the points Pick: Michigan State (+19.5) — Chip Patterson