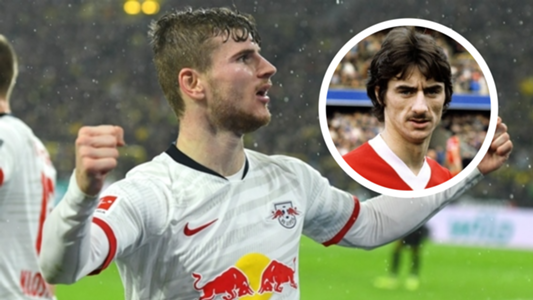 Chelsea will be getting an Ian Rush-esque frontman in Timo Werner, says Blues legend Alan Hudson, with the Germany international considered to be cut from the same cloth as a Liverpool icon.

A £54 million (€60m/$68m) deal has been put in place by those at Stamford Bridge which is intended to see a prolific striker join their ranks.

Frank Lampard has acted decisively in his hunt for another goalscorer, with interest from the likes of Premier League rivals Liverpool seemingly fended off.

There is still work to do in order to get Werner tied down on a long-term contract, but a considerable transfer coup is in the offing.

Hudson believes the talented 24-year-old will thrive as part of an exciting young squad, with the qualities he will add to the Chelsea fold making him comparable to an all-time great.

“I like the look of him,” Hudson told CaughtOffside of Werner.

“They are the two managers, Jurgen [Klopp] and Frank, that he would have suited perfectly as they both give you license to do what you do best, and we can see what he does best – exactly what Chelsea are lacking.

“He is so positive. He is sharp and you can see he’s hungry for goals and I like the way he makes his own chances whereas many strikers if they don’t get the service struggle.

“He ‘wins it back’, which reminds me of Ian Rush who dispossessed opponents if they dilly-dallied on the ball.

“I don’t think you need to be a good judge to know that this lad has all the ingredients to become a top scorer, and his composure will be a lesson for those at the Bridge who lack that.

“They have some useful players in and around the box, but, as Frank said regularly, they don’t compose themselves in great scoring situations.

“I think he’ll be a great signing – and players like him fit into any team that want to attack, and the only team outside of Chelsea and Liverpool would have been Leicester because their manager loves players like this.”

Chelsea have looked to Tammy Abraham for inspiration in 2019-20, with the youngster enjoying a breakthrough campaign as the Blues’ No.9, while World Cup winner Olivier Giroud has been handed an extended contract.

Werner, though, will expect to be the main man in an attacking unit that is also about to welcome the arrival of Morocco international winger Hakim Ziyech from Ajax.