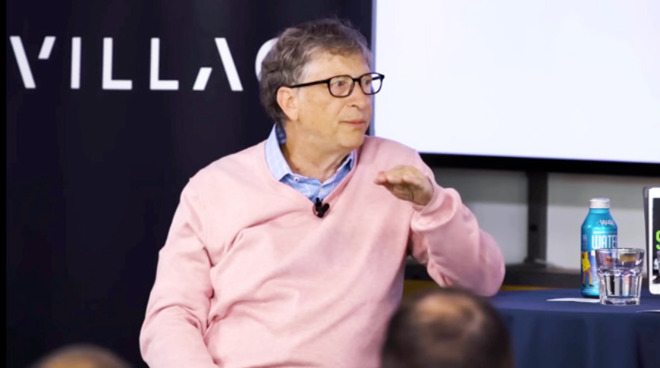 According to Bloomberg, Bill Gates was impressed by Steve Jobs’ ability to take a firm that was “on a path to die” and turn it into one of the most valuable companies to date. He claimed that this was largely because Steve Jobs possessed an almost magical ability to mesmerize people.

“I was like a minor wizard because he would be casting spells, and I would see people mesmerized, but because I’m a minor wizard, the spells don’t work on me,” said Gates.

Gates also went on to discuss Jobs’ ability to innately understand what made both people and products a worthwhile investment.

“I have yet to meet any person who [could rival Jobs] in terms of picking talent, hyper-motivating that talent, and having a sense of design of, oh, this is good [or] this is not good,” Gates continued.

CNN’s segment is the latest in a series of interviews with many publications, in which Gates has spoken specifically about Apple. In one recent conversation, Gates expressed regret over not successfully competing with Apple in the mobile market.

“The greatest mistake is whatever mismanagement I engaged in that caused Microsoft not to be what Android is,” he said. “That is, Android is the standard non-Apple phone platform.”

CNN has not released the interview online yet, but has featured a prior Gates’ interview in which he discussed his thoughts on government regulation of technology firms, as well as what he would have done differently.