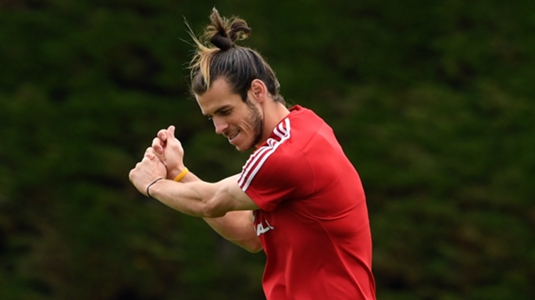 Real Madrid star Gareth Bale has defended his passion for golf, pointing out that there is a very different attitude in the USA, where NBA superstar Stephen Curry can be found out on the course on the morning before games.

Bale has been a divisive character in the Spanish capital, where there is a sense that he has not fully committed himself to the cause due to his reticence to speak the language and his passion for playing golf.

Indeed, fans were left incensed when he brandished a flag stating: “Wales. Golf. Madrid. In that order” after leading his national side to Euro 2020.

Bale has repeatedly defended himself from allegations that he is more concerned about his handicap than his on-field footballing exploits, and on The Erik Anders Lang Show he has once again responded to his critics.

“A lot of people have problems with me playing golf,” the 30-year-old said. “I don’t know why. I’ve talked about it many times and everyone thinks it’s fine, but especially in the media there is that perception that I should be resting, that it can lead to injuries.”

The former Southampton and Tottenham man added: “I see people in America, for example Stephen Curry, who plays the same morning of the game. Here, if I play two days before the game it’s like: ‘What are you doing?’”

Bale, who famously came off the bench to score a double in Real Madrid’s 2018 Champions League final victory over Liverpool, has had a difficult campaign in Spain, where he has suffered a number of troubling injury issues.

During the 2019-20 campaign to date, he has managed only 18 appearances in all competitions, with a relatively disappointing return of two goals and two assists in those encounters.

Even after returning to fitness, he has struggled to see match time, notably being left on the bench for the 2-0 Clasico victory over Barcelona and the subsequent 2-1 reverse against Real Betis.

He will hope to be more involved when football resumes in Spain following a three-month suspension due to the coronavirus pandemic, which forced play to be stopped with 11 rounds of the season remaining.