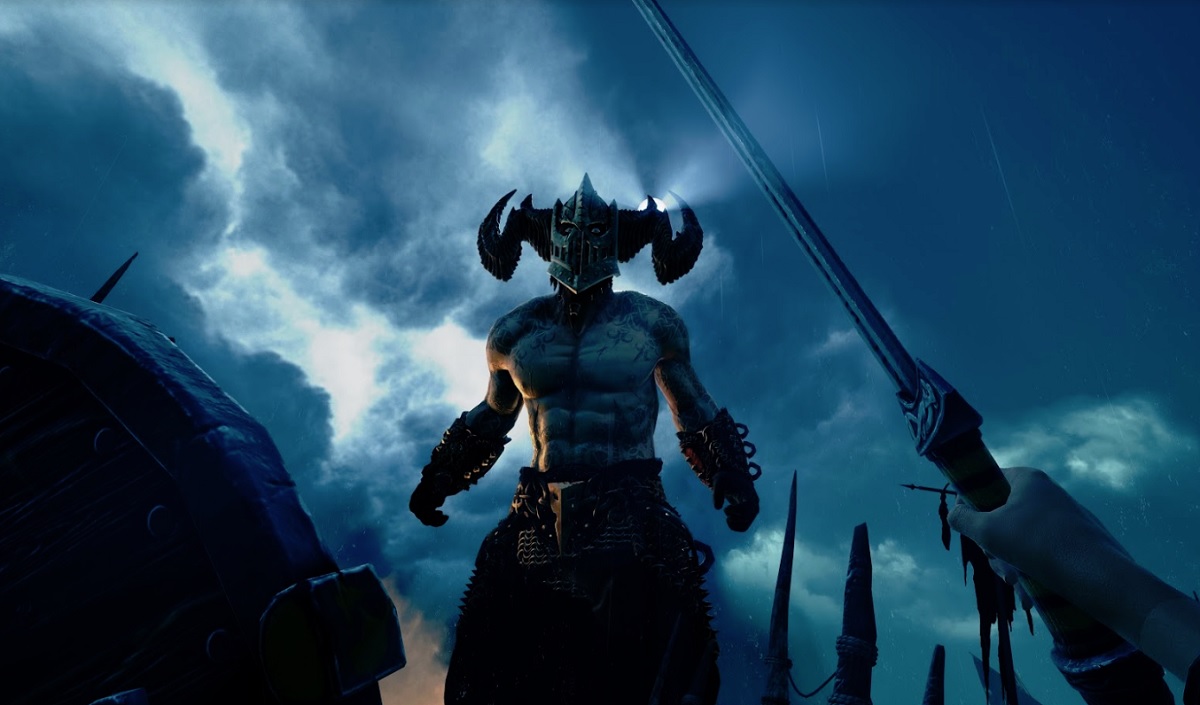 The Oculus Rift-exclusive game is out October 10. It’s got of hype behind it, as it’s one of the most ambitious role-playing games we’ve see so far for VR. Developer Sanzaru Games has said the game will contain over 30 hours worth of content, which might explain why the file size is so big.

Just before E3 this year, UploadVR got to try out the game for three hours at Sanzaru’s offices. Editor David Jagneaux was impressed with what he played, stating that Asgard’s Wrath “really does feel like a true triple-A experience.”

The game is releasing as a Rift-exclusive title, however, with the recently announced Oculus Link service, you’ll be able to play the game on your Quest in November (presuming you have a VR-ready PC and the right kind of USB-C cable to connect to your computer).

Demos of Oculus Link at OC6 were actually using Asgard’s Wrath to show just how well the Quest can run Rift content over a cable from a PC.