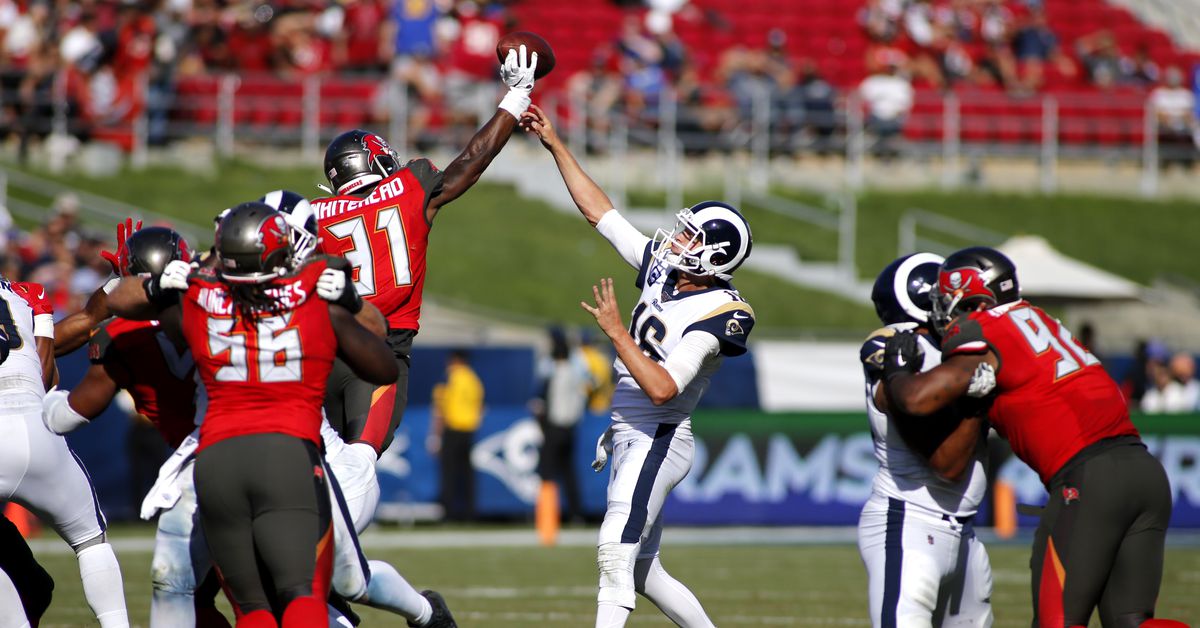 The San Francisco 49ers had a bye during Week 4 and still won. Even though the Niners didn’t suit up, there were still plenty of games that impacted the team, and could be meaningful down the line. Here is one takeaway from the NFC “contenders” outside of the 49ers.

Rams-That offensive line is a mess

Coming into Week 4, the Rams were pressured on 27.6% of their dropbacks, which was 17th in the league. I know they put up 40 points, but Jared Goff was sacked twice, hit another seven times, and pressured Goff into several errant throws. That pressure also led to the Bucs getting their hands on ten passes.

Sean McVay will figure it out, but he has his work cut out with this offensive line. I’ve never been sold on Goff, but if he’s forced to win games for the Rams, it’ll be a long season.

Seahawks-Waiting on you to make a mistake

Seattle is 3-1, and in each of their victories, they’ve capitalized on other team’s mistakes. Week 4 against Arizona was a great example. The Seahawks scored 27 points, and 14 of those were non-offensive touchdowns. They’ve done a great job of letting the other team fumble the game. Literally.

I’m not sure how good Seattle is. I am sure that if you take away the big play from their offense, they’ll have a difficult time scoring consistently.

These two teams are in the same boat after Week 4. Outstanding defenses that will get after the quarterback, but offenses that will ultimately hold the team back. If Mitch Trubisky doesn’t get injured Sunday, do the Bears win? Aaron Rodgers looked like himself last Thursday, but I’m not buying that offense.

In a day and age where good offense beats good defense, I’d be more worried about a team that can light up a scoreboard. Both teams have superstars on their defenses that can turn around a game like that, but they also can lose the game on the other side of the ball.

This is a team that can make some noise in the NFC. Teams that can win in multiple ways, as we’ve seen from the 49ers, are dangerous. The Cowboys supposedly turned the corner offensively after beating the Dolphins, Giants, and Washington. Then they ran into New Orleans. The Saints defensive line won the game for them on Sunday Night Football. Teddy Bridgewater needs to manage the game and get the ball into his playmaker’s hands until Drew Brees gets back.

If I’m ranking the top teams in the conference, the Saints are in the top three. Two playmakers on offense, and talent everywhere on defense. Week 4 taught us that the Saints are for real.

But when we beat the bucs the conversation was different…. ‍♂️ funny how that works RC

All of a sudden that Week 1 win looks much better after Tampa Bay beat up on the Rams. I don’t think the Bucs are consistent enough to challenge in the conference after a month of football, but both of their wins have come on the road, which isn’t easy to do. Tampa Bay seems like a team that you want to avoid playing late in the season if you are fighting for a playoff position. The 49ers won’t have to worry about that.

Dallas lost two fumbles, but, we know more than anyone. That’s just part of the game. Kellen Moore supposedly “figured it out” and the Cowboys were offensive juggernauts after beating up on the three worst teams in the NFL. Zeke Elliot had 18 carries for 35 yards. Jason Witten was the team’s leading receiver in 2019. With a healthy offense, Dallas averaged 4.8 yards per play. That’s not going to cut it against the good teams.

The Cowboys are good on defense, but they haven’t “wowed” in the first month, especially considering their schedule. Because of that, they’re pretenders in my book until they string together quality wins.

What teams do you think are legitimate contenders after a month of football?