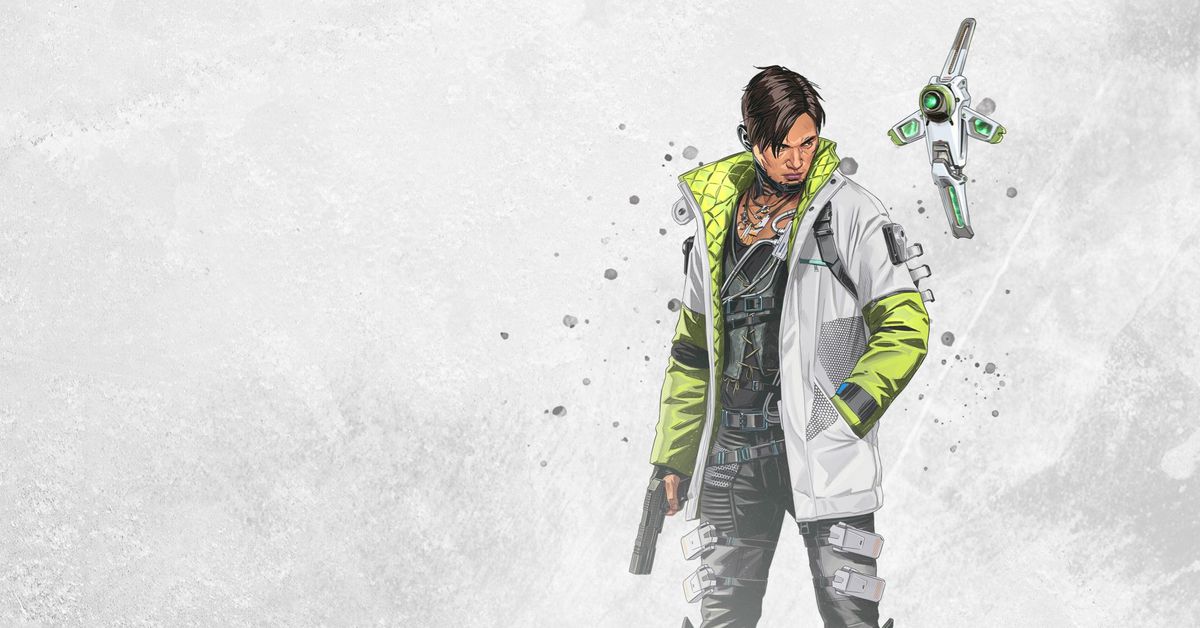 The third season of Apex Legends is the game’s biggest ever. Alongside the new balance changes, new Legend, and new weapons we might expect from a season opening patch, this time around we’re also getting a new map.

World’s Edge will be the second ever Apex Legends map and it appears that it will be the only map option players have, at least for now. The new map mixes together fire and ice giving it two vastly different environments on either side. In the middle there’s a dense jungle and a roaring train winds its way through all three biomes.

While the new map might be the big draw, a new Legend named Crypto is also joining the fight. Crypto’s abilities include Surveillance Drone, which scans the nearby area for enemies, Neurolink, which marks enemies found by the drone, and his ultimate ability: Drone EMP, which damages shields, slows enemies, and disables traps.

The patch also adds in the game’s new Charge Rifle, an energy weapon that fires a concentrated beam at a targets and does minor damage, but if you hold the charge on an enemy long enough it will explode dealing incredibly high damage.

For a full look at all the changes coming to Apex Legends in season 3’s first patch you can see the patch notes below.

After multiple suspicious setbacks during the reconstruction of Kings Canyon, the Syndicate has decided to move the Games to the cliffside mining city known as World’s Edge on nearby Talos. Legends can explore towering skyscrapers “frozen” by a chemical explosion, then catch a train to ice-covered hills, while avoiding deadly pits of molten lava if they want to be crowned Champion in this new arena.

WHERE IS KINGS CANYON?

For the start of Season 3 World’s Edge will be the only playable map across both regular and ranked matches. As the season progresses we’ll be looking at data, sentiment, and feedback to help us determine the best way to bring Kings Canyon back into the mix.

Passive: NEUROLINK Crypto and his teammates see what his Surveillance Drone detects up to a 30m distance.

Ultimate: DRONE EMP Charge up an EMP from your drone. The blast deals 50 shield damage, slows players, and destroys traps.

This energy rifle/sniper takes a second to warm up and will do minor damage to players if you keep a bead on them before delivering a mighty blow to whomever is on the receiving end of it. The Charge Rifle is part of the standard loot pool and can be found all over the map.

Players in the Dome Shield use healing items 25% faster.

Increased the throw distance by 60%.

Reduced the animation time to activate by 33%.

Now immediately tells you how many targets have been pinged.

Reduced animation time to activate by 30%.

[Designer Notes: We’ve pulled back additional nerfs for further testing, but Wraith’s power balance is definitely on our radar.]

No longer deploys if you are downed before placing it.

Reduced the grapple projectile velocity by 33%, meaning it takes a fraction of a second longer to connect the grapple to the wall. The behavior once you are connected remains the same.

*[*Designer Notes: We think the number of hop-up types in the game is about as high as we want to go right now when we consider loot dilution and the likelihood of finding a desired hop-up. Going forward, we intend to rotate hop-ups each season — some may be removed from the loot pool to make room for new or returning ones. Below are the changes we’ll be making to hop-ups for Season 3.]

The base headshot damage multipliers of the DMR and Wingman have been increased slightly.

This hop-up empowers semi-auto mode; it offers highly increased damage, but at the cost of reduced rate of fire and double ammo per shot.

This hop-up makes each trigger pull fire a quick two round burst.

Reduced the amount in the world by around 40%.

The gold backpack has a new perk, “Guardian Angel”. With Guardian Angel, you will revive downed teammates with bonus health and shields (if they have armor).

The gold armor will now have “Fast Use” (consumable items take half as long to use), which was previously on the gold backpack. Now, you will be able to tell when an opponent has the ability to heal faster by seeing the gold armor damage numbers.

*[*Designer Notes: For Season 3 weapon changes, our goals were to encourage and improve longer range gunfights and reduce power on some of the weapons that have been dominating lately. We will of course be closely watching data and player feedback on these during the season.]

Added some recoil randomness to patterns.

Added some slight recoil randomness while maintaining the same pattern when fired in full-auto mode.

Slight decrease to rate of fire to both fire modes.

Mozambique will now reset from recoil faster, which should make it easier to track targets and see where shots land.

We’ve swapped out the previous set of Gold Weapons with some fresh new ones for Season 3. Keep an eye out for these fully kitted beasts that all include tier 3 versions of all compatible attachments, hop-up, and the following optics:

You can check out the full details for Series 2 and learnings we got from Series 1 in our Ranked Blog here. Some highlights of the changes we’re making below.