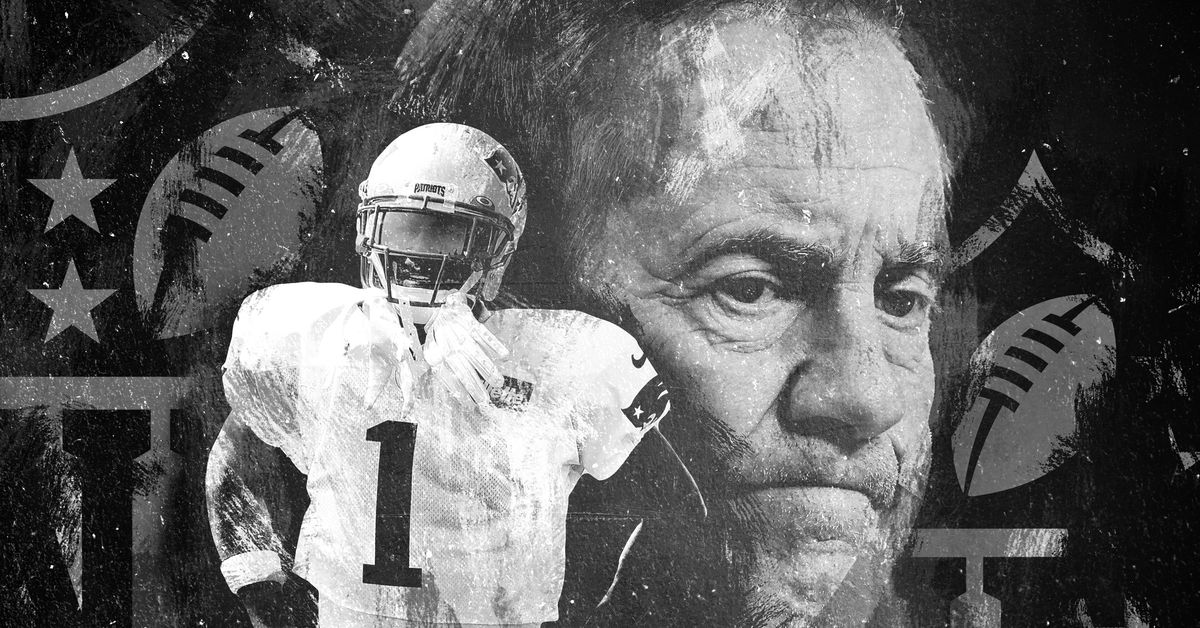 It’s getting to feel inevitable, is the thing, this sense that the joy comes with dread. You try to cushion your love of football with space for some future asterisk. You delight in the sport—in a generational talent preparing to take the field, in the chaos of his escaping the grasp of one franchise and then another, in a seemingly unstoppable dynasty growing stronger—but only so much that you can take it back, should something happen. Because you’ve seen how often something does happen.

On Tuesday, Antonio Brown’s former trainer Britney Taylor filed a civil complaint in federal court that says the Patriots wide receiver raped and sexually assaulted her. The account is brutal and specific: Taylor says that Brown assaulted her on three occasions, twice in June 2017 and once in May 2018. The filing charts a grim progression: First, Taylor says, Brown exposed himself and gave her an unwanted kiss; then, on another occasion, while Taylor was playing a church service on her iPad, she says that he “began masturbating near her without her knowledge and ejaculated on her back,” which she did not realize until she “felt a wet spot soak through her clothing.” Months later, after Brown began “begging” Taylor to return, the complaint says that he pushed her onto a bed and raped her. “She screamed and cried throughout the entire rape,” the complaint says, “repeatedly shouting ‘no’ and ‘stop.’ Brown refused and penetrated her.”

According to the complaint, Brown and Taylor knew each other from Central Michigan University, where she was a gymnast and he was a football player. She later transferred to LSU, where the Tigers celebrated her as an “outstanding competitor.” She says she met Brown in a Bible study group and that the two lost touch after Taylor graduated. Four years later, he, then with the Steelers, reached out, according to Taylor: She had opened a gymnastics center for young girls in her native Tennessee, and Brown offered to fly her to one of his homes so that she could help build his flexibility. In Taylor’s telling, Brown’s harassment began soon thereafter. The complaint states that Brown later bragged about one of the instances of assault. “U a disgrace to lil girls,” he wrote her in 2017, according to the complaint. “U a failed gymnast living in the past.”

There is much that we still don’t know. Brown issued a statement through his attorney denying Taylor’s account and stating that “any sexual interaction with Mr. Brown was entirely consensual.” Brown will countersue, as he did in January when a former partner filed a police report saying that he shoved her to the ground in front of their daughter. On Wednesday, Brown’s agent, Drew Rosenhaus, went on SportsCenter to defend his client, saying that he “is the loving father of five children, including a daughter.” Brown’s attorney says Taylor is attempting to shake Brown down; on SportsCenter, Rosenhaus called the complaint “a money grab.”

The Patriots reportedly were unaware of Taylor’s account when they signed Brown on Monday, and said in a statement that the NFL will investigate the assertions. In case you were wondering how the team intends to handle its role, Bill Belichick has an answer: “I’m done with that, OK?”

On Wednesday morning, Brown’s new head coach told reporters that the wide receiver would practice today with the team, as planned. He did not want to talk about Taylor’s lawsuit. Belichick wanted to talk about football. Brown practiced with the Patriots on Wednesday, an indication that Belichick intends for him to play in Sunday’s game against the Dolphins. Should the league not place Brown on the commissioner’s exempt list this week—and it might not, given that Taylor, who is cooperating with the investigation, will not meet with the NFL until next week—he is expected to play. Belichick, in fact, seemed irritated that the assembled media had so many questions about Brown and about what the Patriots knew and when. “Anything else on Miami?” he asked, just before ending the press conference. That is: Anything else about football?

This has long been Belichick’s shtick: He has time only for football, for the X’s and O’s, and none at all for, in the words of a reporter at the press conference, “distractions.” “We’re working on Miami,” the coach said, more than once.

But the problem is that Taylor’s lawsuit isn’t something that can be ignored. For Belichick to suggest that what the wide receiver may or may not have done is outside the scope of what he, as Brown’s boss and one of the most visible leaders in the league, can or, moreover, should consider is at best ignorant. At worst, it’s a willful decision to ignore uncomfortable realities. He’s just the coach, Belichick would have us believe. Who is he to have an opinion on what might have happened a year and a half ago, what his player might or might not be capable of?

So those of us who follow football are left to wait and see what the league’s response will be. Time and again, the NFL has shown that it can’t be relied on when the questions are difficult to answer, when a terrible truth might lurk in shades of gray, and that for all the talk of the league valuing basic human safety and righting the wrongs from its recent past, it will still come down to you—you, watching a game—to either turn off the TV or squint past the ugly bits.

And that might be the most cynical part of Belichick’s press conference on Wednesday: He knows you won’t leave. What, are you not going to wait for the season debut of one of the sport’s biggest stars? Do you not want to see the reigning Super Bowl champions and their new-look offense? Aren’t you wondering whether the whole Raiders thing was orchestrated? Wouldn’t you like to enjoy this football season? Wouldn’t it be easier if you just focused on the football, like Belichick is?

It would be easier. But don’t let the league make you think that it would be right.