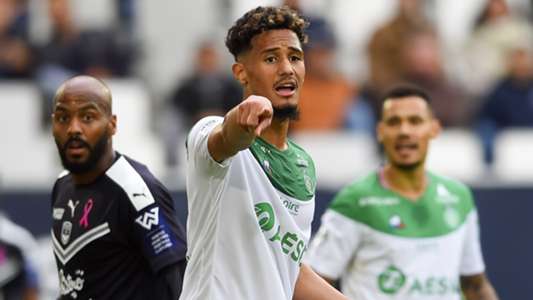 Saint-Etienne have slammed Arsenal for “imposing absolutely unacceptable sports and financial conditions” after they failed to secure a loan extension for defender William Saliba.

The Frenchman has spent the season with the Ligue 1 club after the Gunners had bought the teenager last summer for £27 million ($33m) only to loan him straight back to Saint-Etienne.

While the Ligue 1 season has been abandoned due to the coronavirus pandemic, Saint-Etienne will face Paris Saint-Germain in the Coupe de France on July 24.

Claude Puel’s side were therefore hoping to secure Saliba’s services for a little longer but have been unable to strike a deal with Arsenal despite initial optimism.

“Saint-Etienne was pleased to learn yesterday Tuesday that Mikel Arteta, Arsenal coach, was ready to leave William Saliba at the disposal of the club until the final of the Coupe de France,” a club statement read.

“William Saliba had been training for several days with Claude Puel’s group and was obviously very enthusiastic about the idea of ​​finishing his course in Green with such a match.

“Alas, ASSE, which simply wanted the extension of the initial loan until July 24, could not find an agreement in the evening with Arsenal to allow the defender to properly prepare and play this meeting, the English club imposing absolutely unacceptable sports and financial conditions.”

Arteta looked to cool expectations surrounding Saliba on Tuesday and suggested Saliba had earned the right to play in the Coupe de France decider next month.

“I think he needs to stay there, we’ve got an agreement with Saint-Etienne,” Arteta said.

“He’s been all year over there, he’s earned his right to play that final if the manager wants him to do that I think we have to give him the opportunity to do that, to enjoy that and we can have him after.”

Saliba has been restricted to just 15 appearances in all competitions this season with two significant injuries limiting his playing time.

Saint-Etienne finished the shortened Ligue 1 season in 17th, only two places shy of relegation to Ligue 2, and haven’t won a trophy since the Coupe de la Ligue in 2013.