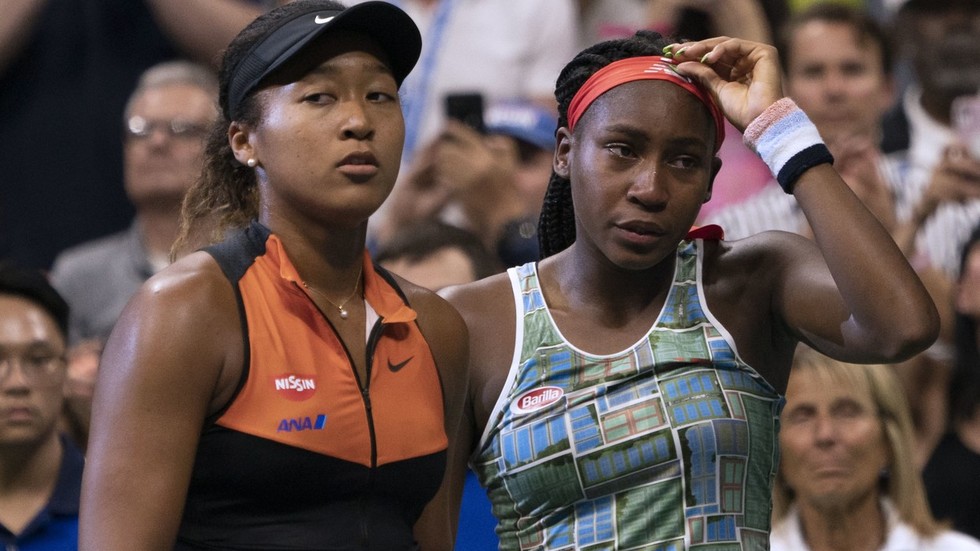 But it was the 21-year-old Japanese star’s actions after the match which won her the most praise, as she consoled the defeated Gauff amid tearful scenes on court.

Osaka embraced Gauff and then urged her to join her in the post-match interview. An initially reluctance Gauff then agreed, leading to a mutual love-in from two of the game’s brightest young stars.

“I’m not the type of person who wants to cry in front of everyone. I didn’t want to take that moment away from her,” Gauff said when asked why she was initially unsure about joining Osaka for the interview.

“She told me it’s better than crying in the shower. She convinced me multiple times to stay. I kept saying no. Finally I said, OK, I’ll do it. Because I didn’t know what to do.

“I’m happy that she kind of convinced me to do it because, I mean, I’m not used to crying in front of everyone.”

A tearful Osaka, who rose to stardom with her victory at Flushing Meadows a year ago, paid tribute to Gauff’s team before incredibly apologizing for playing so well in her demolition of the teen.

“I am sorry for playing you in this mentality. It was super fun!” the Japanese star said.

The wholesome scenes drew praise from the tennis world, with women’s legend Martina Navratilova tweeting that the pair are “the future” of the sport.

Amazing stuff from both Coco Gauff and Naomi Osaka. This is the future , it is here and what great sports these two players are!!! #USOpen2019

Others hailed Osaka as a “class act” for the way she had comforted Gauff after her defeat, while NBA legend Kobe Bryant said that the future of tennis was “in great hands.”

Osaka moves on to face Swiss 13th seed Belinda Bencic, as she aims to defend the title she won by beating Serena Williams in the final last year – a match that was marred by Williams’ furious outburst at umpire Carlos Ramos.

Despite her defeat, Gauff appears destined for big things. She famously burst onto the scene at Wimbledon earlier this year when she emerged from qualifying to beat Venus Williams, before losing in the fourth round to eventual champion Simona Halep.